Valencia Neville needs to win in the league

Valencia is the brand new semi-finalists Copa del Rey where they will face FC Barcelona for a place in the final tournament of the KO. A tournament where Neville, It seems to have found the right key depressed for a team this season and did not find the road in the league. Precisely in the regular tournament, the team of Neville, They do not know how to win and are now 10 parties where Valencia has not achieved the 3 League points.

The last victory was the 7 November 2015, by 1-5 in Balaídos and Nuno on the bench. Since then a few draws and no wins what has come to Valencia closer to the relegation zone than the European area starts to look from afar, too far in a team that has invested millions of euros in a template that is underperforming in the regular tournament. 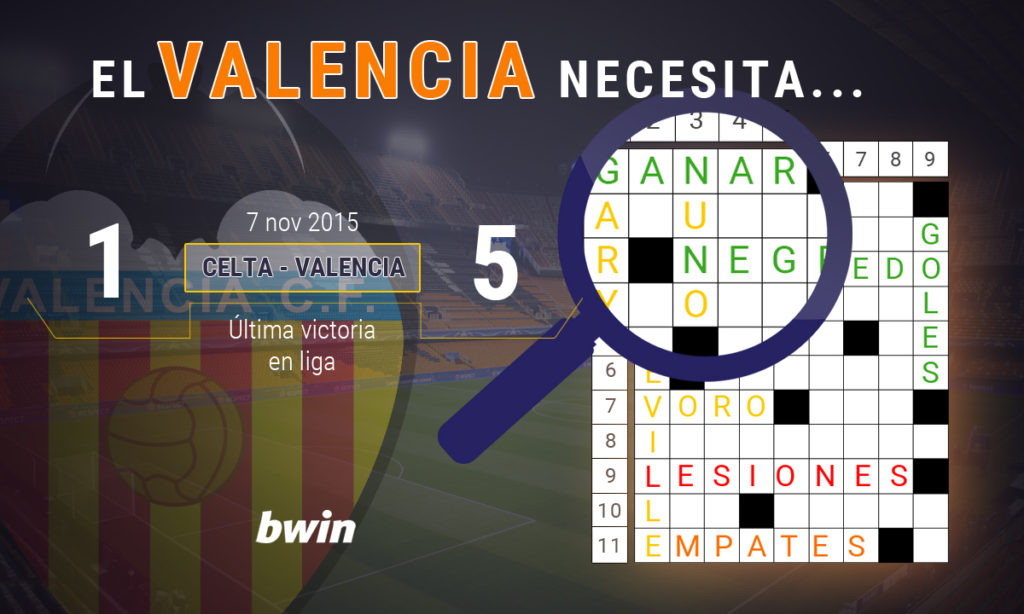 After the cessation of Nuno, acclaimed last season and disowned in this, Valencia numbers have not improved but worsened since Neville, has failed to win a single league match and has only managed to add 5 Points of 21 possible. If something needs Neville, It is a league win against Sporting Will? the thing is unclear since the gijoneses play a lot and of course will not budge.

Player jinx, three declines in a row
Mourinho asks the signing of Real Madrid star
The team that is willing to pay the termination clause of Oblak
"He could have finished training Sevilla"
a terrible scare on the flight Racing
The crisis destroys the Greek League: Panathinaikos remains without license to participate
The Barca, King of Supercopa
Roberto Mancini dismissed from Manchester City, Pellegrini his replacement
Palmeiras tab Deyverson del Levante and announces the 2 am Spanish time
Technology at the service of the football coach