There was a time when summer tournaments had their peak at Teresa Herrera, in the Carranza, at the Gamper or at the exhibition that Opel-sponsored teams (Bayern y AC Milan) they used to offer their viewers. But nevertheless, to this day that is past water. Reality indicates that money has meant that summer friendlies or trophies are no longer played here, but in Asia and mainly, U.S.

In North America, next 27 July to 7 August will be a most peculiar competition: la International Champions Cup, the Champions of the summer that will bring together eight teams willing to achieve the fourth edition of what until this season was called World Football Challenge: AC Milan, Valencia, Chelsea, Inter, Everton, Real Madrid, Juventus and Los Angeles Galaxy.

The championship will be divided into two conferences where the best of each will access the final. They will be in total 12 meetings, three per team, that will be played in the main American fields, be it New York, Los Angeles or Miami, where the final phase will take place. Single, the exception of Valencia-Milan that will be played at Mestalla will leave the norm of playing in the United States. 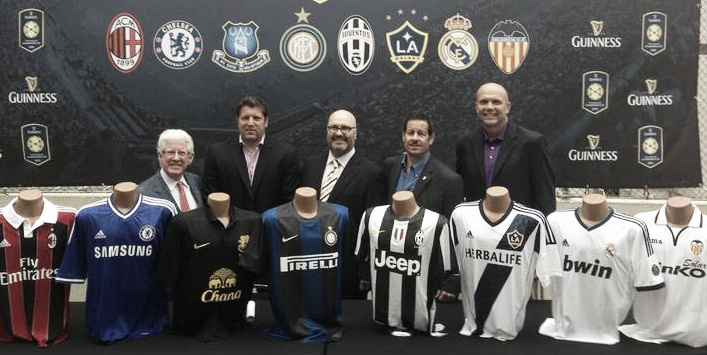 The competition that has been won by Chelsea on one occasion and Real Madrid on two, it's a real boom in North America, where FOX televises all the games live, serving as a method of expansion of the beautiful sport in those parts.