The Hall of Fame is at Maracana Soccer and Pachuca

Hall of Fame football. Where it is whether there is? Who has not ever done this question? As well, It exists and is in one of the most sacred areas of the world. at Maracana. There, in its corridors, you can find the footsteps of the great football stars. As with the film or with the most notable socialites, football pays tribute to all those who have managed to make a splash with the ball at his feet.

Total, are some 100 players who are distinguished, obviously being (the host sends) Brazil, which has more players. Garrincha, Jairzinho, Rivelino, Ronaldo, Romario, Bebeto, Kaka, Skin, Maradona, Platini, Eusebio are some of the most illustrious names that give warmth to this Hall of the Fame.

Of course, Pele was one of the first to inaugurate this Hall. One of the highlights in the locker room that lists the members of this Paseo is fixed on a wall. A curious way to introduce the players and remind players who will jump to the pitch this mythical venue. 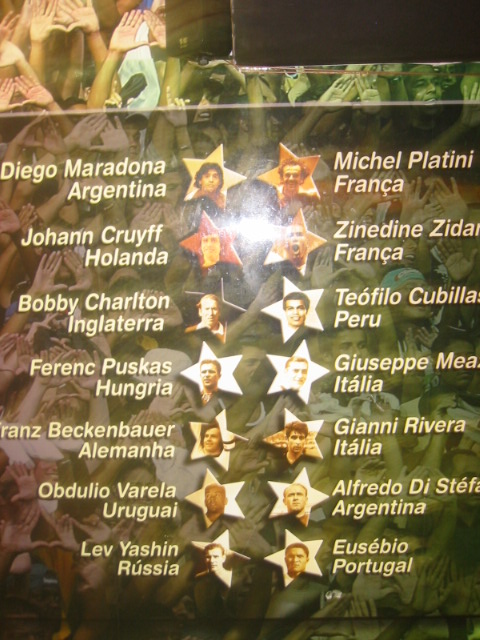 And is that for better and for worse, Maracana not leave anyone indifferent. It's what has to be the best stadium in the world, the enclosure in which the next football World Cup final will be held. The shrine of this wonderful sport.

Of course not only Maracana can boast of having a space for the best in football history. Since 2011, Pachuca (Mexico) the Hall of Fame and Mexican soccer world is, where the best players Aztecs or have played in the Mexican League and several of the best players of all time are included.