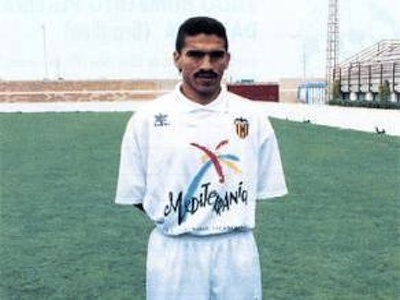 Victor Hugo Aristizabal is the top scorer in the history of Colombian soccer, however his experience in Europe, particularly in Spain and in Valencia, It could be more fleeting and unproductive. There are good players that do not fit everywhere, This is the case Aristizabal that failed to fit in the few months that remained in the city of Turia.

Upon arrival already it started badly, then it came exceptionally in March 1994 with the season ending and completely out of the dynamics of a team that also stood out for having a quality unusual it is that the Valencia team that time was a medium-low profile.

this Colombian, born in 1971, came with the distinction of being one of the best South American strikers and one of the best in a country which at that time, in the months before the World Cup 1994, It was highly valued, especially after the spectacular 0-5 against Argentina in Buenos Aires.

Known as the “Scorpion” by scoring a goal in a very similar shot to the mythical stop “scorpion” of fellow, the eccentric goalkeeper Rene Higuita, Aristizabal, It came with a reputation “killer” the area that was far from demonstrating in just two months who played for Valencia.

The truth is that their baggage in Spain goes through a goal in a friendly and on top spot. He returned home and thrashed with your selection and played teams where there. It is one of the best players who has given his country and as we have said before, the top scorer in the history of Colombia but in Spain and the Spanish Liga, it remains one of the players who have gone through more pain than glory. You can not always fit in everywhere. 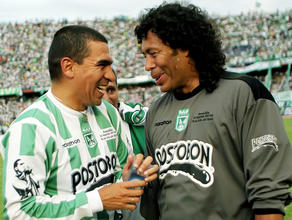 Aristizabal and Higuita, two Colombian football that failed in the Spanish League.