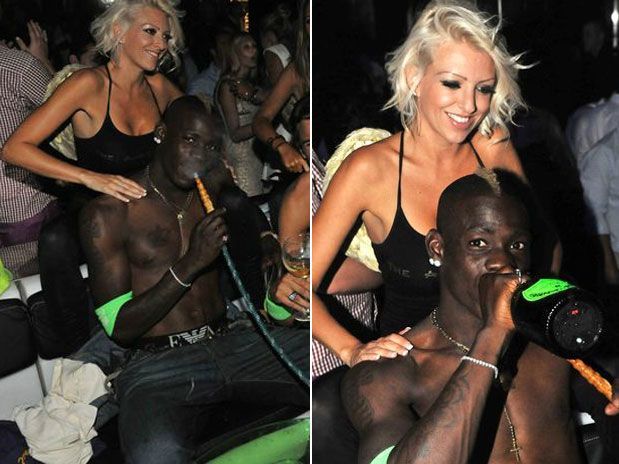 ¿Huffman footballers? What players smoke? Always the snuff, and to a lesser extent, the alcohol, They have been the greatest enemies of the players. to spare, It is known that smoking harms the health seriously, often resulting in death. The usual intake smoke causes increase the chances of lung cancer by up to 90% of possibilities. For the footballers, in addition to their health, smoking seriously damages their professional tasks.

It runs less, resistance is lost and not being at the same competitive level. Something similar can be said with alcohol, also seriously damage the liver produces huge hangovers and a noticeable drop in power. Although usually associated with the sport king nonsmokers and nondrinkers, the truth is that this equation is not always the case. 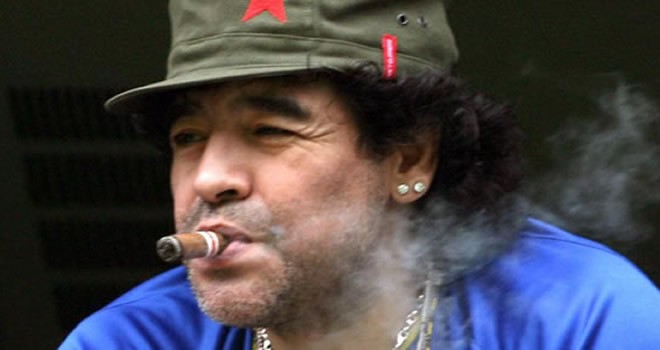 Diego Maradona is a lover of cigars.

In fact, are many and numerous professional athletes who regularly smoke or sporadically light up a cigarette or cigar. One of the most reported cases is Diego Maradona, avowed follower of Habanos. The Shag has had major problems with drugs just lost an important part of his career for his addiction “bad life”. 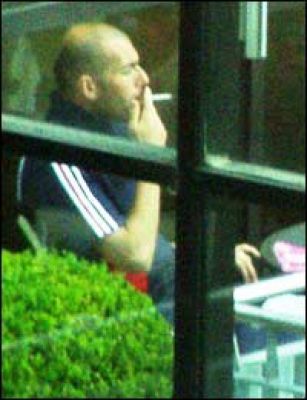 Case 10 Argentina is not unique. Practically, You can say that all the great players in history have been caught with a cigarette in the mouth. Zidane had no smoking image, but this snapshot was caught “in fraganti”. 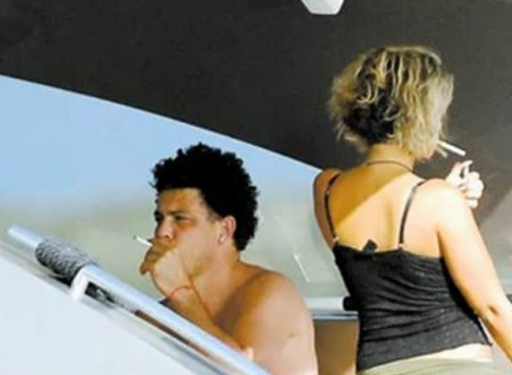 Ronaldo dropped to snuff when he was a footballer.

And what about Brazilian players. Roberto Carlos, Ronaldo, There have been many not those who have been unable to resist the charms of a good drag. Especially, Romario who is seen as, pure in friendly company, They seem like very much, score goals as much as goalkeepers opponents. 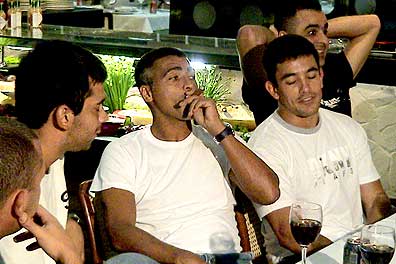 Romario scored goals smoked and doormen and porters who were not.

In England, smoking and drinking has been norm in many players. The most famous case is the George Best. Irish love with night he declared, the game, women and alcohol. Thus ended, dying prematurely and much suffering. Of course I was not the only British in smoking form recognized. 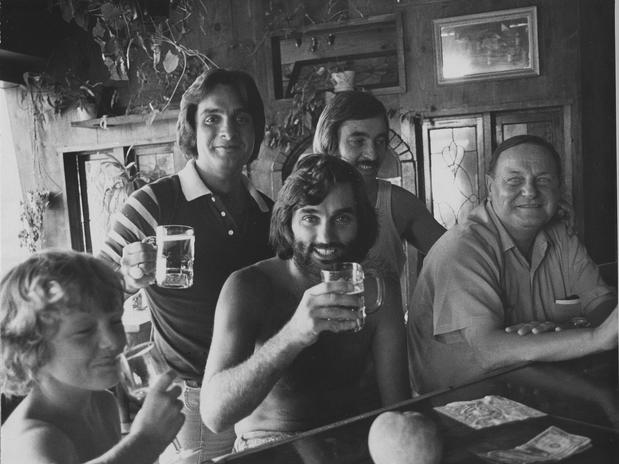 Best always had a very-busy life because of alcohol and women.

Paul Gascoigne has had to go to several rehab centers because of his addiction to hard alcohol. maybe, thus, see today is an image of an older man, much older than the years it really has. 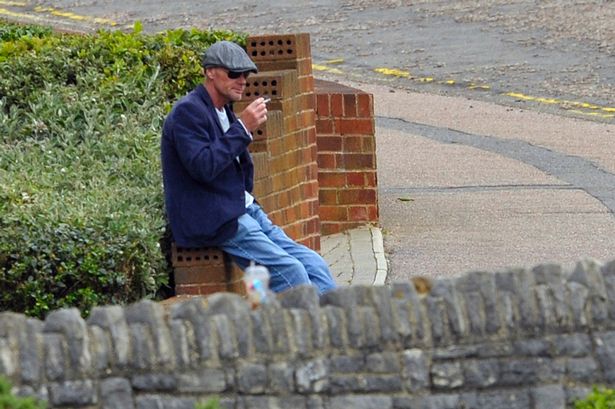 Gascoigne smokes a cigarette while waiting to change the course of his life.

Nowadays, There are several visible heads that have been caught by photographers with a cigar in his mouth. English lateral Ashley Cole seems to be hooked on this vice, something that seems not hide too much and it seems no harm in excess athletic performance.

Cole has no trouble recognizing smoking.

No regular smoker, but if it is occasional Pique on holiday or celebration does not incoveniente to give your lips the aroma of a good cigar with which to satiate your appetite tabaquístico. 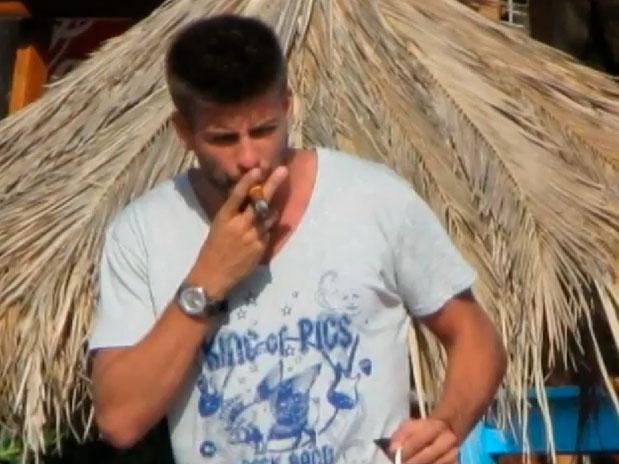 I pique on vacation a few luxuries allowed.

Something which is also pursued to Ozil, surrounded by friends who seems to have given free rein to a smoker voracity with the excuse sea. 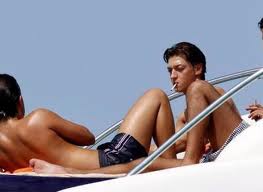 Ozil has also been seen smoking.

One of the most significant cases is that of Buffon. The goal of Juve, watchword of his team and selection, Make the most of your free time. Women and snuff are part of its demand. Demand, as we see it is true surplus. 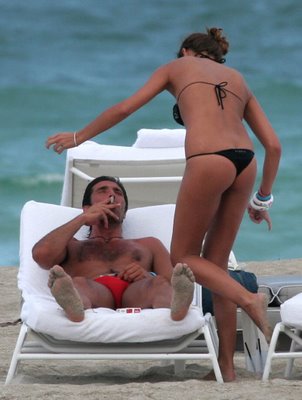 And finally two classic. No, It is not Magic González, although it could be El Salvador. Luis Aragones is, Master Hortaleza, from time immemorial heavy smoker and lover of the night we see with a cigarette in his mouth. the wise, followed by another historic. 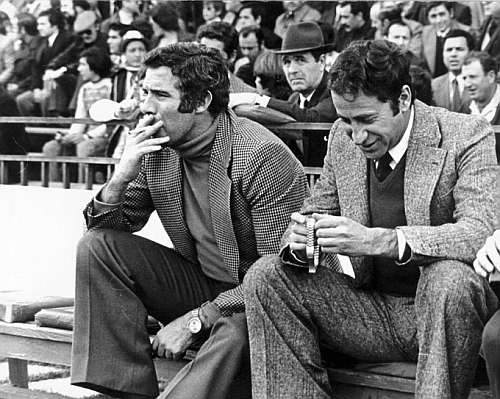 Luis Aragones has always had a reputation for liking the game and snuff.

Robert Prosinecki, Croatian former Real Madrid player, besides being a virtuoso with the ball, It was another talent with cigar in mouth. maybe, rather than the ball. 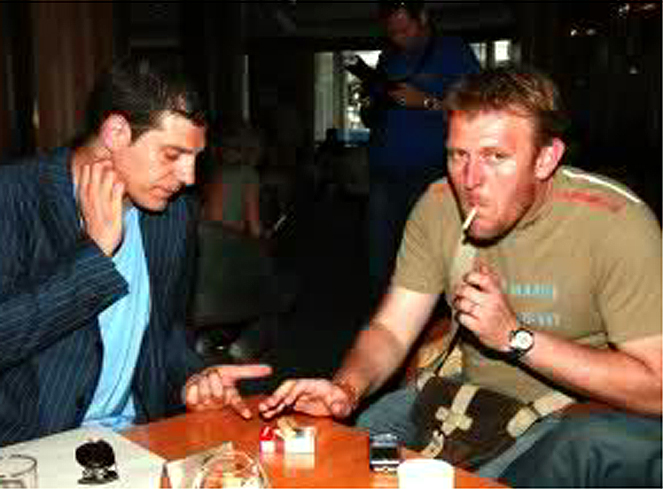