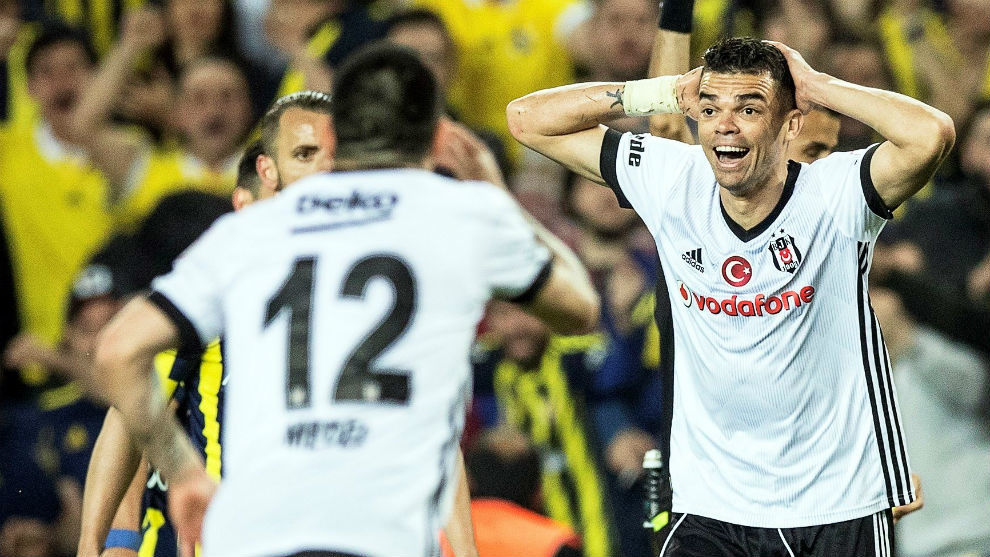 Amazing what happened in the Turkish football. Besiktas, computer on which militates no further than the former Real Madrid Pepe, It has been eliminated from the Turkish Cup for failing to report the party that should confront him to Fenerbahce, automatically, passes directly to the final.

And if that was not enough, Istanbul team has been banned from competition for a year so it will not participate next season in this tournament. Besiktas did not appear at the meeting in protest at the federal decision to resume the match after his technical, Senol Gunes, was attacked. The game against Fenerbahce disputed 19 of April, He is marching with 0-0 the score, he stopped when several objects were launched by local fans. One hit the visiting coach.

The expulsion of Pepe, visitors', It was the trigger and release of objects by the rival supporters, something the Besiktas considered sufficient for victory but his decision has done just the opposite.

Rummenigge controversial measures for the new Champions
Five stories and anecdotes of the European Day
Mauro Icardi: "Spain and Italy wanted me to select, but I wanted to go to Argentina"
Martins one step away from joining the Seattle Sounders
Best memes of the Barcelona-Valencia
Russia 2018, there will be no English referees in the World
Euro 2016, of surprises
Initial Velez tournament champion is crowned
The most expensive players of Euro 2016
The most beautiful t in World Cup history