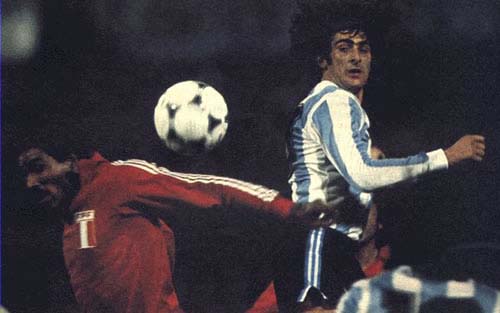 The World 1978 in Argentina it was marked in history under the shadow of suspicion. The championship held in the South American country then plunged into a dictatorship, He led all doubts and legends around like Argentina, host country clinched victory. In the era of dictatorship Videla, Argentine country had been designated to host the World 78, which it meant a golden opportunity for the regime to publicize the virtues of the South American state. Myth or reality the truth is that the 21 June 1978 will remain forever in the annals of football history by thrashing by suspicious 6-0 from Argentina to Peru

With a brilliant team led by Alberto Kempes and Daniel Mario Passarella in the field, Cesar Luis Menotti and commanding operations from the bench, Argentina, but nevertheless, He was not responding to the expectations and his career was being more than irregular. After finishing the first phase second in their group behind Italy, the Argentinians were framed with Poland, Brazil and Peru in the second round (in that tournament semifinals and was not the first group went directly to the final). After winning the Poles 2-0 on the first day of the second phase, and tying 0 Brazil, access to the final game depended on a victory by four or more goals against Peru, last group and no longer possibilities. 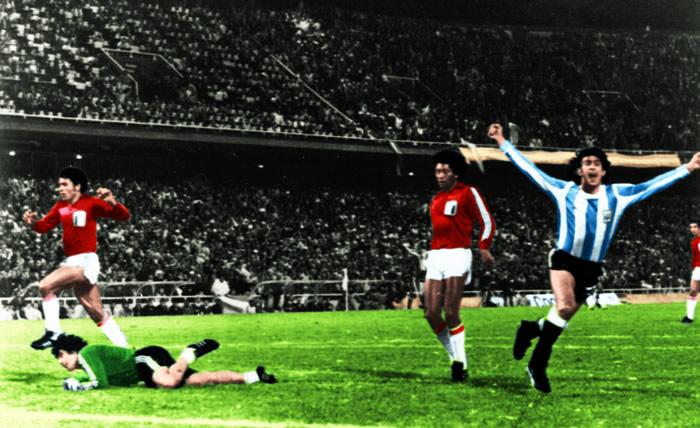 The Argentina-Peru World Cup 1978 still under suspicion. It has many black spots.

But nevertheless, not going to be four, until six goals that Argentina was going to make the Andean. With the stadium Lisandro de la Torre of Rosario booked solid, the break ended with a 2-0 which promised a sequel filled with emotion after two Peruvian sticks. In resuming, no opposition from the defensive line ( No goals Argentines lost) It was more than evident that enabled the Argentinians round out the scoring with four goals more, that gave the pass to the final to Argentina.

The consequences of the party as it could not be otherwise were tremendous. A sporting level, Argentina qualified for the final for, who would win Holland. At the political level, 15 days after finishing the World, Argentina's military junta donated 35.000 tons of wheat grain to Peru, along with thawing the credit line 50 millions of dollars. The links to Condor Plan (which it aimed to help the Latin American dictatorships of the time) They were more important.

Personally, Roberto Rojas, title defense at that meeting and deputy general rule, strangely he died after a car accident when he crashed his car into a pole. same bad fortune, He was the coach of that team, Marcos Calderón, I saw lost his life after falling the plane in which he was. Coincidence or not, the truth is that he could never prove that that meeting was rigged. But nevertheless, The set of circumstances surrounding the meeting gave and will talk about for many years. 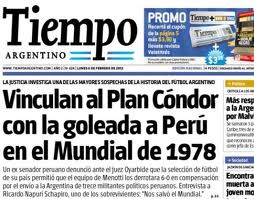 The World 1978 always he was under suspicion.