Wembley hosted an unprecedented final of the Capital One Cup. El Swansea City, Premier League revelation faced Bradford, of Fourth Division and authentic surprise of this old English League Cup. The Welsh team reached this final as favorites due to its status as a Premier team.

There was no surprise or option to her, because Laudrup's set, in which four Spaniards are active, He asserted his status as an elite team to beat the weak team of the English Fourth Division but 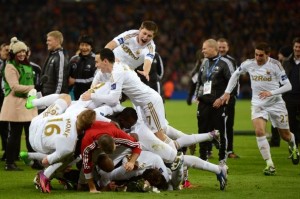 that I had left on the way to the Wigan, Aston Villa or Arsenal itself.

The Fourth Division team did not exist and their golden dream reached the ceiling while Swansea took out a ticket for the next Europa League and raised their first major trophy to the Wembley sky and that given the progression of the Welsh club, may not be the last.

El Spanish Swansea, where they form Angel Rangel, Pablo Hernandez, Chico Flores and Michu, the real star of this team, It is a set that is surprising for its good game with the ball and with a combinative game that delights its fans.

Michu was going to be the star of the match. Originated the first goal of the match, materialized the second and participated in the third and fourth. The scorers of the match were to be from Michu himself, Dyer with two goals and De Guzman with another two. As an anecdote, the pique that the winger and the Canadian midfielder were going to star for the launch of a penalty that at that moment could have meant the hactrick for the fast winger of the Welsh team. Michu had to put order and calm Dyer. 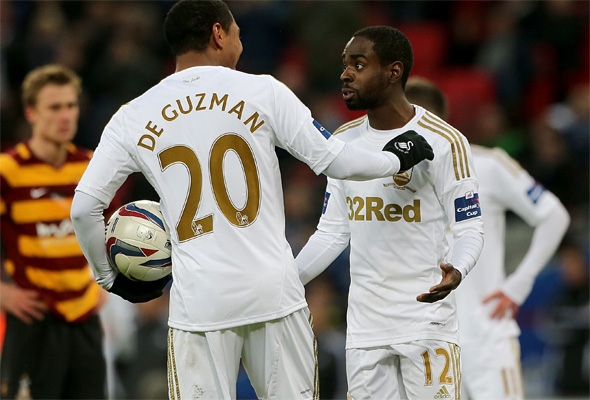 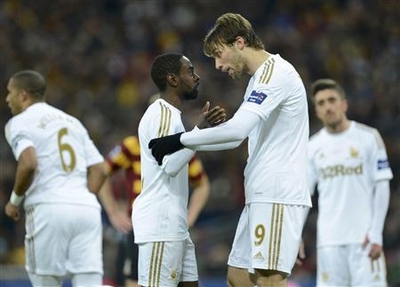 It is Swansea's first title in 101 years of history, meanwhile, Bradford and his fans, disconsolate, They will have to say that one day they played the final of the Capital One Cup at Wembley, and what before, by the way, they eliminated wigan, Arsenal and Aston Villa.