Much has been said about the Swansea City, possibly the surprise team of the English Premier League. The Welsh team, coached by Michael Laudrup Danish, will play next season in Europe after winning the English League Cup and is noted for a dynamic and attractive football.

A said set, It is called the “Spanish” Swansea for possessing four Spanish players in their ranks, but he's not the only one “Spanish” in British football. If we go a step and go to the Npower Championship, British Second Division, we find the Brighton and Hove & Albion, the “Spanish” Brighton.

Founded in 1901, el Brighton Hove & Albion is known as ” The Seagulls” (gaviotas) the location of this city, Oceanfront. Currently it sits on the top of the table and enter at least fight for the Play off giving access to promotion to the Premier League, whose final is played at Wembley.

And it is this English football club based in the coastal city of Brighton & Hove, East Sussex, has even more players born in Spain that itself Swansea, and a coach who like Laudrup, It is an old country and the League. Uruguayan gustavo Poyet, who made history with Zaragoza is in charge of directing.

Five Spanish players are on the staff of Brighton and Hove & Albion. Bruno Saltor, Andrea Orlandi, Vicente Rodriguez, Inigo Calderon and David Lopez form the core of the Spanish Spanish Brighton. They are joined by Leonardo Ulloa, Spanish nationalized Argentine with a long career in Spanish football.

Bruno Saltor, of 32 year-old former Valencia player, It is a right side that made landfall this summer in “Seagulls”, nickname by which he is known this team, from the Valencian club. Inigo Calderon is a defense 31 who arrived in 2010 from Deportivo Alaves and is admired for his love, for his bravura game and physical deployment, something that is highly valued in the islands, especially at lower levels. 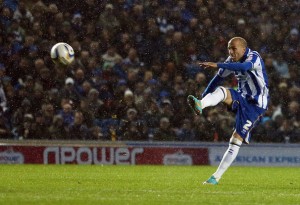 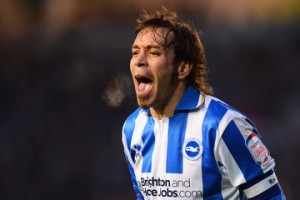 But surely the two most striking cases are those of David Lopez and Vicente, two players renowned, above the second. David López, former Athletic Bilbao and Osasuna, He is a wide player and playmaker with excellent kicking ball, especially on free kicks. Player 30 years, He has extensive experience in Spanish football and Athletic Bilbao came to pay 6 Osasuna million euros for their recruitment 2007. 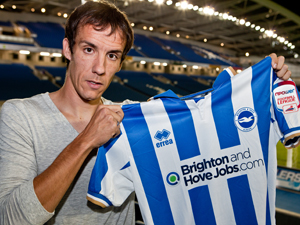 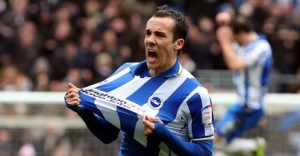 Vicente Rodriguez, Valencian 31 years, It is known to spare. Formed in the quarry of Levante, whose first team jumped to Valencia 2000, He played many times for the Spanish national team and one of the best wingers in Europe lefties. And Uefa champions league, strange not very well explained lesions were ebbing his career to end in summer fichando 2011 by the modest English team. A still young and much popularity Npower Championship player. 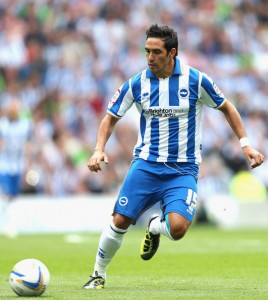 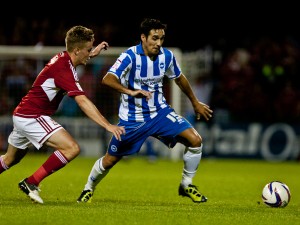 Andrea Orlandi, midfielder 28 years is a very technical and talented player who started his career at Alaves and Deportivo came to pass by the Barcelona B whose team participated and came to debut with the first team. In 2007, he went to Swansea City, club in which was until last summer was signed by the Spanish Swansea. 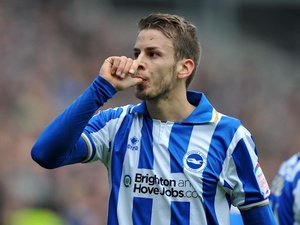 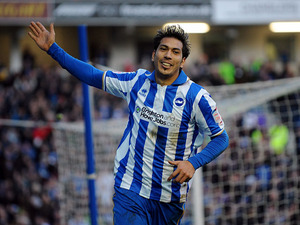 Leonardo Ulloa, Argentine-born but naturalized Spanish, poker full of Spaniards who display their talent on the lawn of Falmer Stadium, Stadium name given to the Brighton and Hove & Albion. front tank, He went through the ranks of Castellon and Almeria until arriving this past January at Brighton, club where this goleando.