The 9 July 2013 was raffled the La Liga calendar for the season 2013-2014. A calendar marked by a number of issues to consider. Between them, beginning on 17 August and end on 18 of May, that there will be three midweek league matches and the Super League Spain it will be played once already begun, the 21 Y 28 of August. As usual, It prevents Real Madrid and Barcelona are facing the beginning (who played the last was the first day 1992) final (in 1991 They were measured on day 38) course, It prevents two teams from the same city to play the same day or weekend as local and winks Athletic Bilbao will not play the first match at home to give you time to complete the work of San Mamés.

In Colgados for football and not to lengthen the interest of whoever wants to study in depth, we present the schedule of the Liga season 2013-14: 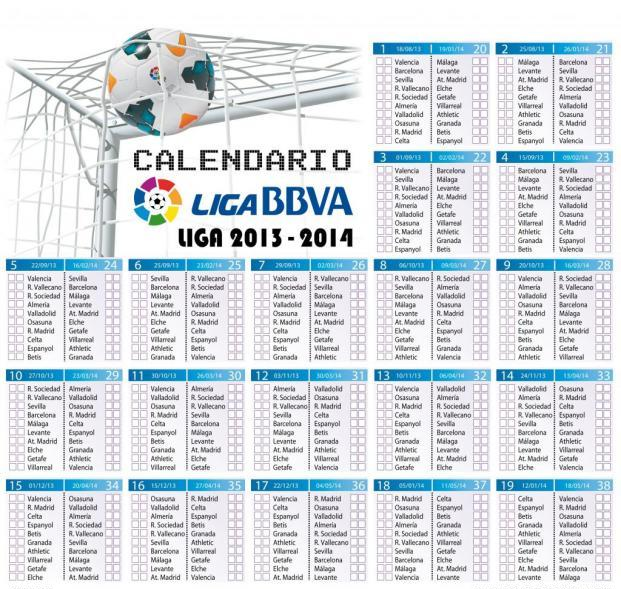 Next to the First Division, Table of the League that provided us the following clashes in also raffled 42 seminars planned: 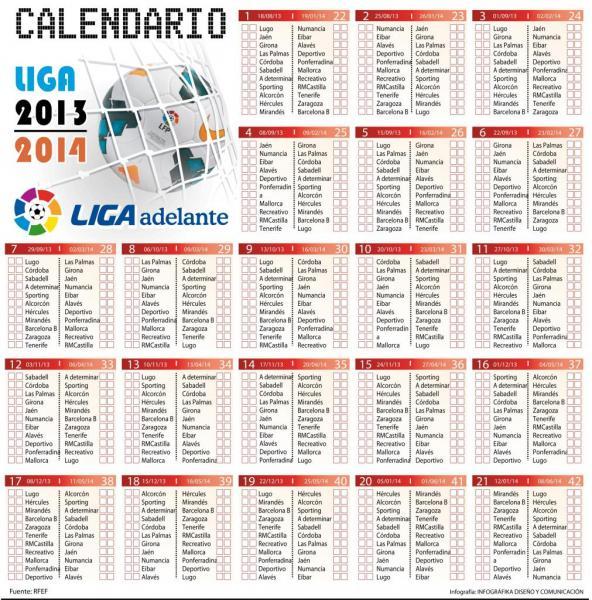