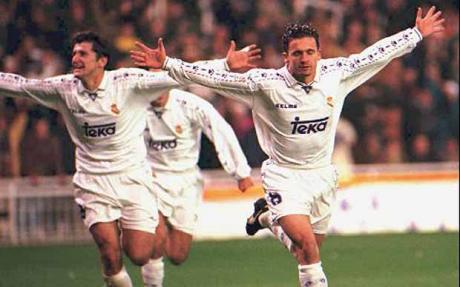 Balkan athletes are reputed to be quite good at what they. Either way, despite the wars that have affected the area historically and does both, the fact is that there have been in the Spanish League, Balkan there and have top players. In Colgados we will remember five Balkan players who went through the league and they did wrong.

Miroslav Djukic: Serbia was one of the most elegant plants that are recalled in the League. He arrived in 90 one of the best sports Coruna in history where it was fundamental part. Although there will always be the Lunar missed penalty against Valencia in the last minute 1994 and he gave the League to Barcelona. Then he went to Valencia where he was one of the best defenses in club history. 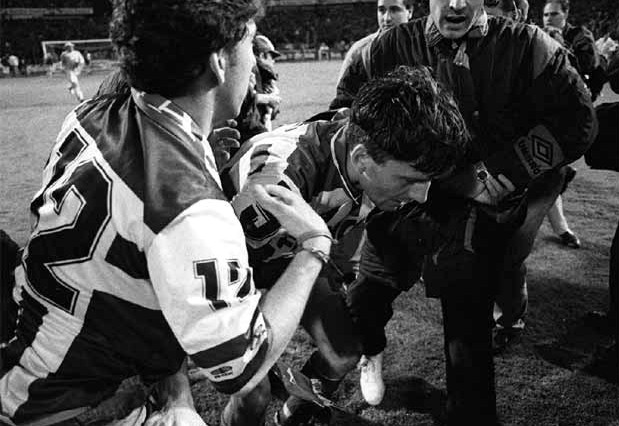 Djukic that fateful penalty that cost the league to Deportivo 1994. It's still one of the best defenses that has passed through the League.

Davor Suker: Croatian triumphed based goals in the Spanish League. First stay at Sevilla where he signed great seasons and then at Real Madrid where he spent three seasons although most highlighted was the first, the 96/97 forming a front with other Balkan dream, Pedja Mijatovic.

Pedja Mijatovic: Montenegrin just wanted to also talk in this article. He arrived early 90 to play in Valencia and became an idol and benchmark for the fans. An idyll that broke (like many in Mestalla) when he signed for Real Madrid. There scored the goal that gave the seventh European Cup to Real Madrid in 1998. After in 2002 but he returned to Valencia to play in the Levant where he retired. 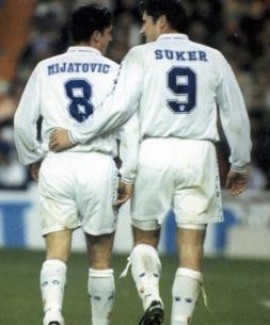 Pedja Mijatovic and Davor Suker made a lethal duo.

Slavisa Jokanovic: fine Serbian midfielder showed his football in the Spanish League 90 It is one of the best midfielders of his time. He played for Real Oviedo two years, four on Tenerife and Deportivo one where he showed all his technical and physical deployment. After a step Chelsea, He retired in the City of Murcia.

Darko Kovacevic: Serbian striker triumphed in the Royal Society based on goals and forming a pair of scandal with Nihat in its second phase. He played entity 1996 Y 1999 in the first stage and between 2001 Y 2007 where the second inter, Real it reached the League runner-up 2003. 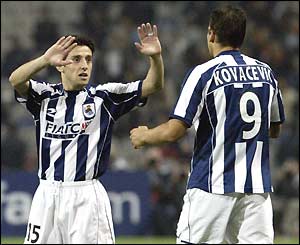 Players who hate football
Football in Greenland: the league, selecting and major players
Aloys Nong: new Levante player and ambassador against human trafficking
SD Huesca gets a historical rise and joins the rebellion modest in La Liga
Who are the Best Spanish front of the moment?
The best goalkeepers in the history of Barcelona
Marcel Desailly, one of the best French players in history
It was football better before now?
The youngest teams in Europe
Halloween, a night of terror also in football