Football yesterday: When the players could be your neighbor fifth

There was a time when soccer players were real workers of the sport. Hanged for football wants to travel to the past to remember what was the football world a few decades back. Particularly where if metiéramos on a machine Cristiano Ronaldo or David Beckham recently retired, possibly, otherwise they would be regarded. We traveled to the time where the players could be your neighbors fifth.

The passing of time sets the trends in this life. Fashion is not employed in any field of life, but at the time where we're headed in this article the word metrosexual would have been confused by something else.

Formerly, especially in Spanish football, footballers used to be bald, with a mustache and a rather questionable athleticism. Some were hairy but not usually present a spectacular physical form or advertised underwear. 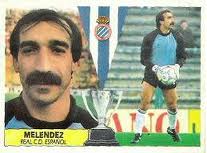 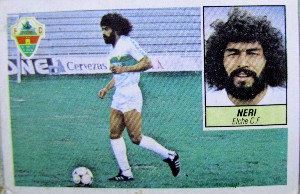 The boots were black for everyone, If it was cold out in short-sleeved shirt because there was no other, because they played all season with the same. They wore pants instead of shorts which showed almost his rough hairy legs. With 30 years, many of them pretended 10 plus.

An era where postureo would have been considered almost an insult to the brave fans who flocked to the fields and watched the match standing in front of a cold steel fences. They did not wear earrings or bizarre hairstyles, at least the few who had hair. We speak of a time that seems far away in time but it is not so much, we have not been many decades.

Tato Abbey or Rafael Paz for instance, They did not have a legion of fans, nor advertised underwear, their physical appearance and way of life were far from that stereotype, but the stars of that time as Hugo Sanchez also, as much toothpaste they advertised.

Players of that era were just real football players, of old. Currantes football going out to break his face onto the pitch because it was his real job, because if they did not eat. Or they were not made millions stellate stars, were players who could be the driver to take you home in a drunken night or sympathetic frutero, bald and mustachioed your neighborhood. It was another era, football was yesterday, It was another world.

One thought on “Football yesterday: When the players could be your neighbor fifth”