Copa Latina, one of the first international competitions 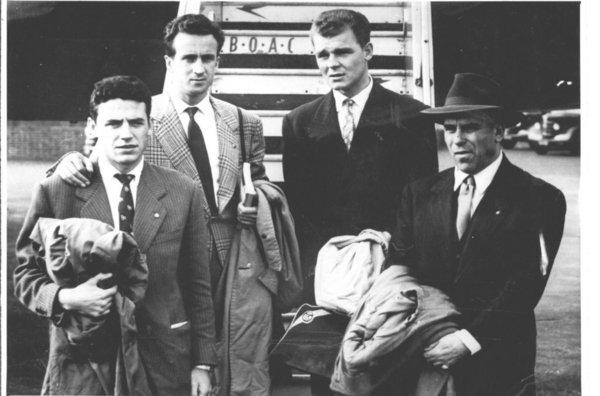 Kubala was one of the first stars of the Latin Cup

Do you know the Latin Cup?, know what it is?. In the middle of the last century, football began to revive after World War II, He had done so much damage to the world and by extension the beautiful game. At the time where the football world began to discover Kubala, Di Stefano and Co, the first international competitions were created.

One was this Copa America, one of the forerunners of today's Champions League. Created in 1949, It lasted until 1957, year in which he ceased to make way for the European Cup. This cup had a special, He faced the champions of Spain, Portugal, France and Italy. The Copa Latina, It was played every year in a different venue, one of the four participating countries with a two semifinals, a match for third and fourth place and a final.

The first edition, FC Barcelona won the, in the final at the Les Corts stadium against Sporting Lisbon. The other two participants were Torino and the Stade Reims. The Barcelona, AC Milan and Real Madrid, all with two titles, were the teams that won the competition more times. Portugal's Benfica and Stade Reims, both one, the other two teams were a real competition and happened to remember, but never forgotten.

Franco Gemma, a hand "damn" for Spain
José Castilho, the colorblind goalkeeper a finger amputated to play
Hungary 54, possibly the best team of all time
USA caused a real hit in Brazil 1950
The Spanish team at the World Cup in Brazil 1950
In 1953 It was forbidden to hire foreign
The error boat trip
El Kaiserslautern, a large Germany in the years 50
The "blue ballet" He swept in Europe and America in the early years of the decade of the 50
Ignacio Eizaguirre and his father morcillas