Everton-Liverpool One is always special. The duality of the city, the reigning atmosphere both Anfield and Goodison Park make this happen. But Derby Liverpool at Wembley, It is the final of the FA Cup, It makes it even more special this match. Heysel tragedy in 1985, during the final of the European Cup between Liverpool and Juventus, He had done much damage to the English club. In addition to the most important, the loss of human lives, FIFA had sanctioned the English clubs 5 years without playing in Europe, in addition to 10 Liverpool years (which he is then lowered to six) without disputing European competition. This sanction came to an end soon, and English clubs began a journey that ended in remodeling 1992 with the creation of the new Premier League.

But let party. Liverpool reached the Cup final in an interesting battle with Arsenal to seize the league, then tragically lost a week later on the last day after the defeat in the direct duel for 0-2 one Anfield. Everton could only manage eighth, in a disappointing season where they lost the Full Members Cup against Nottingham Forest.

yes, the last two Premiership champions faced. El Liverpool, the defending champion, It was the favorite, but Everton wanted to surprise. The Reds also wanted to recover from the FA Cup lost in 1988, when they succumbed 1-0 before Wimbledon, with a goal by Lawrie Sanchez.
82.800 people gave appointment that 20 May 1989 to see a new Merseyside Derby, directed by Joe Worrall.

Everton sought to dominate the game, Enduring a Liverpool looked back and cons. And those that Liverpool goal came. The cut in defense by Steve Nicol, playing long to McMahon that leaves only a touch beating John Aldridge above the goal of Everton and to the 1-0. Virtually the first chance of the game put the Reds ahead and did damage to Everton.

Despite the superiority of Liverpool, Everton are not coming down and kept fighting. Liverpool fans were already celebrating a new title when the 90, balonazo up one of the defenders of Everton ended in a great play by touch and the equalizer McCall, I had entered the second half looking more offensive power.

And we must make a small digression to talk about Ian Rush. He returned to his beloved club after one season at Juventus and started as substitute. In the minute 73 Dalglish made it out, to give a little calm to attack Liverpool. But Everton to draw that had half an hour. And that's where the game changed.

Minute 5 extra time. Nicol again got a cross into the area and Ian Rush the hunt back, it was placed and broke into the top corner to Southall to put back ahead at Liverpool. A real goal to match one of the best strikers in the history of Liverpool.

But the joy did not last long. Everton captain Kevin Ratcliffe put a cross from midfield, the ball was in the front for Stuart McCall a volley into the 2-2. A great game that seemed not to want solved. And just two minutes later, Rush again. Barnes center from the left side and the great English forward towards a foreshortened in the air to give a new title to Liverpool.

Liverpool returned to the English FA Cup win against regional rival, I eat alone 3 years earlier when he beat 3-1 with two goals from Ian Rush. Merseyside derbies two in the final of the FA Cup, two championships for Liverpool, two doublets Ian Rush. Will this season the year in which the Everton remove the "thorn"? 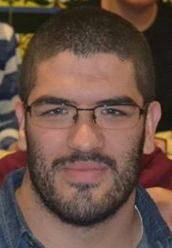