The story of Káiser, non footballer who played 20 years

The story of Carlos Henrique Raposo is so absurd that it seems incredible. Something comparable to the role of Leonardo DiCaprio on the big movie Catch me if you can in which a young con man becomes a millionaire as he pursues an FBI agent played by Tom Hanks. Since reality is stranger than fiction, in Spain we have little Nicholas and the world of football the case of Ali Dia that we told you. But Kaiser as well called Raposo, the leaves everyone in fans. Can you imagine being a professional footballer for 20 years without knowing if the ball is round or square?, not imagine because we bring another one of those stories of those that leave you with your mouth open.

Legend has this curious character, I had the chutzpah than cement, he played for 20 years teams from Brazil, USA, Mexico and France without knowing him a ball. As they say, your pitch were the clubs where he devoted himself to making relationships with players of Brazilian elite of the time getting well, which will include as a condition for signing, in the handover that took them to their new teams. Once there, Raposo, He is feigning an injury and spent a few months in dry dock charging and living like a lord.

The story seems far fetched but possible for a limited time…but it lasted two decades. It looks like, Kaiser as he was called in honor of the true, al gran Beckenbauer, He did the trick with an athletic physique and tons of chutzpah. According to their statistics, he played for 20 years and did not play or 20 matches, incredible but true. As they tell players of the time and friends as Ricardo Rocha Kaiser: “He could not even hit the ball”.

But at this point in history they will wonder how you will be 20 years as a professional footballer without knowing how to play, it seems with all kinds of ruses. Since getting escorts for all his colleagues in order to obtain favors to force so comical and absurd situations that could go in any number of fiction type “There is no one living here” or great “The looming”. Do you want to know? surely yes.

Has its legend (because it sounds so incredible that it seems) one day I had to call because there was no one else on the team and he had to take the field. As its level was so poor and not want to be discovered, he fought with a fan for being kicked out the field. When the coach entered the locker room after the game it was going to eat but Káiser you see that was a con artist told : “God took me a father, Now that you have given me another I will not let anyone insult”. according count, Coach he swallowed and forgave him.

Another of the stories that are told about the peculiar “KAISER” It is that one day came to a presentation and met there were people in the same. They did take the field and there was a ball for the usual photo giving typical touches. Without thinking twice he threw into the crowd and began kissing the coat and got out as a big of a very embarrassing situation for him.

Another major that was able to come up with a mobile phone from those of Suitcase 80 and sticking the goop speaking English into believing that half of Europe was after him. Obviously it is caught up and that could not even speak English. And at this point, you will continue wondering how this guy could deceive so many clubs for many years…as he himself explains.

He signed the contract risk, which lasted a few months where getting fake injuries and even force them with the help of colleagues I asked him and beat those who paid with favors as described above. A) Yes, He charged during those months, then getting another team and so for twenty years. I said, Little Nicholas, Ali Dia and the character of Di Caprio, amateurs. The strange thing is that was not Spanish apparently seen what happens in this country.

If you liked this story you do not miss these other about other great pretenders in football history: 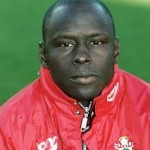 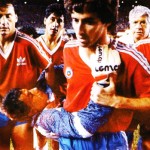 The comparative, in numbers, between Vinicius and Ansu Fati

Jude Bellingham, the pearl of Dortmund that is surprising Europe

The worst signings in the history of Betis

Find out why TAFAD is succeeding among young athletes

Newcastle-Tottenham stops after a fan suffers a cardiac arrest