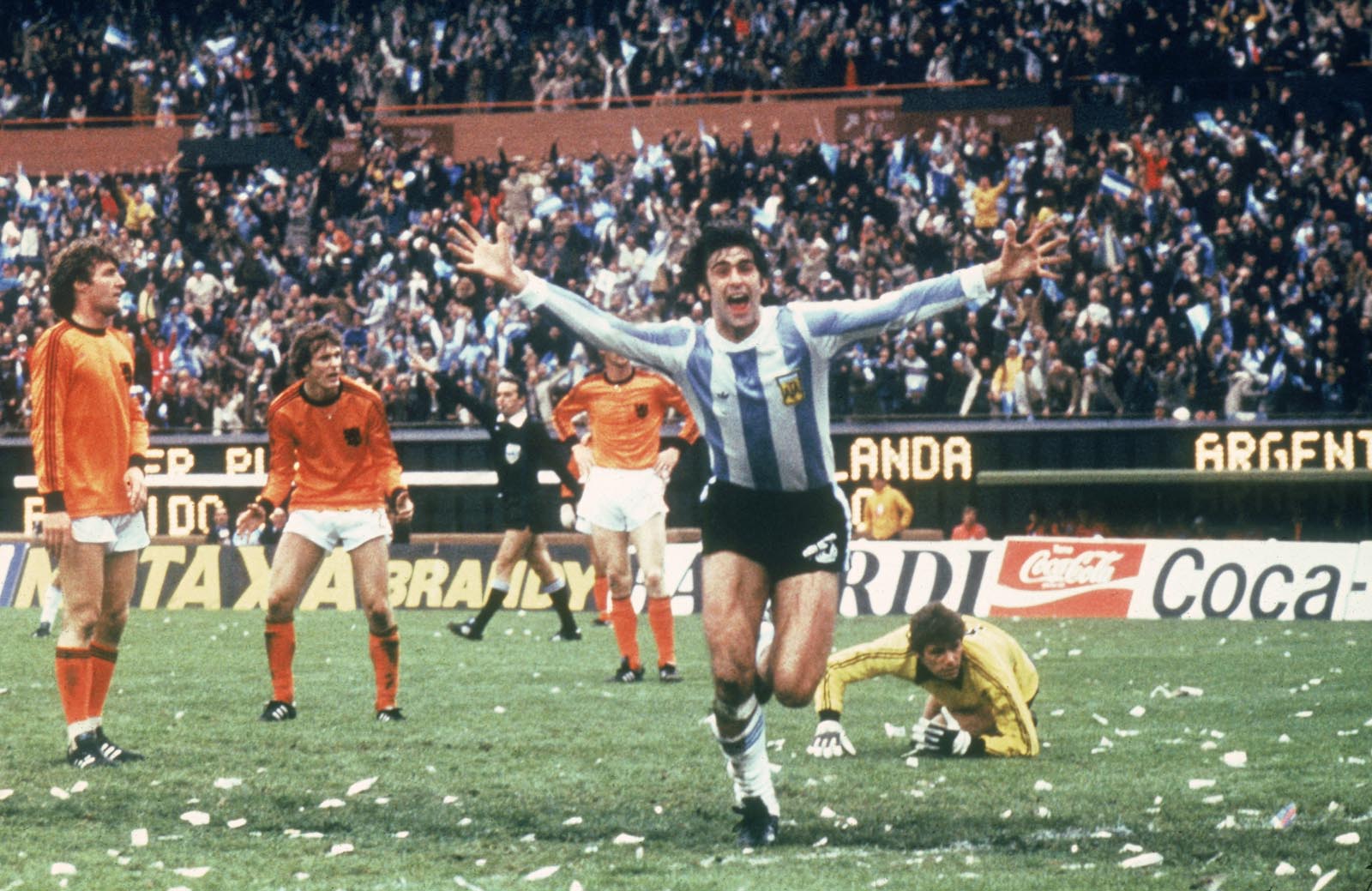 Kempes celebrating the goal against Holland in the final of 1978. El Matador is one of the best center forwards in history. PHOTO: AS

Until 1978 Argentina could hardly boast of having a World Cup final as the best guarantee in the most important tournaments of football. But nevertheless, this year, one of the countries that loves the beautiful game would win at home a very special edition marked by the political regime of the time in Argentina and the height of Mario Kempes, the Albiceleste striker proved to be instrumental in the Argentina victory.

It was not easy the World of 1978 by several factors. Argentina had to spend 520 million in the construction of three stadiums (Mendoza, Cordoba and Mar de Plata) and remodeling of Monumental (the Bombonera left out), host the final. A huge expense that faced partly as political propaganda of the dictatorship of Videla who gladly proposed a championship and open to any citizen country while social reality and human rights organizations based painted a government that included illegal repression, among other things, kidnapping, torture and forced disappearance of persons.

Politics aside or not such a margin because of the enormous influence that the tournament, the World 1978 what they wrote 16 selections, as four years earlier it had happened, including Spain were, Brazil, Italy, Hungary (who came as consideration of giving an electronic scoreboard to Bolivia in the Hernando Siles and avoid a play-off) or the Netherlands, who came without Johan Cruyff, faced with fearful Argentine political regime as a result of violations of rights and a possible kidnapping.

The 16 Selections were fitted in four groups of four where two first passed to a second phase that is disputed in two groups of four reaching the champions to reach the final. So, and as had happened in 1974, the semifinals were removed, quarters or eighths.

The highlight of the first phase was the elimination of France in the group 1 and in Spain 3. Especially painful was the national team, He losing to Austria and tied with Brazil 0 in the famous ruling Cardeñosa that so many times has been defined as one of the gravest errors of football history. 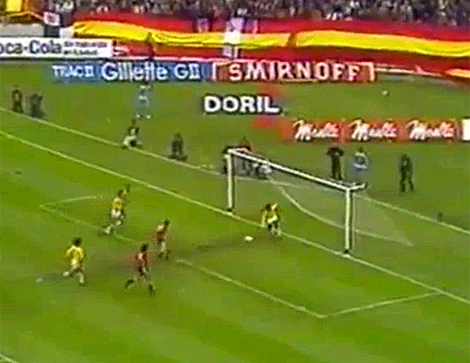 Cardeñosa missed a goal sung without goalkeeper to Brazil.

Best tournament wine, definitely, in the second phase. Netherlands proved to be the strongest in Group A ahead of Italy, Germany and Austria and qualified for the final, second consecutive. Argentina would rival after beating Brazil, Poland and Peru in a somewhat suspiciously. And it was particularly striking his match against Peru combined. Argentines should win by four or more goals to pass and leave out Brazil and finally beat 6-0 in a disputed encounter, as were many voices that spoke of a game rigged by the government of Videla in the Condor Plan. Passivity in the Peruvian defense and scored five goals in the second half gave vidilla a matter for which it was said that Argentina helped economically to Peru in exchange for a victory on the pitch. 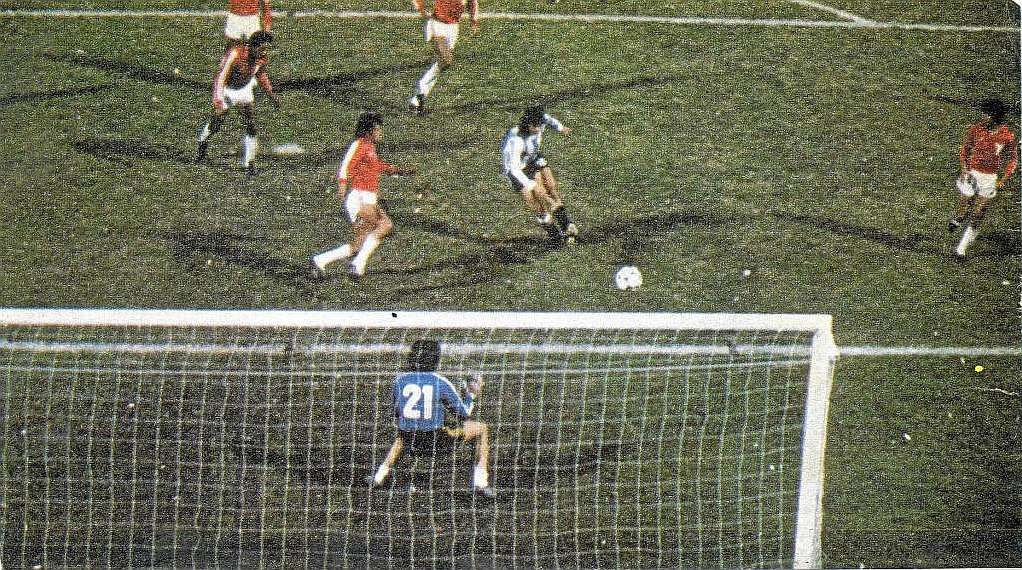 The Argentina-Peru was investigated for possible bribery.

Out and out, the case is that the end the disputed Netherlands and Argentina and possibly, this was the best game of the championship. A party dog ​​face resolved in overtime and where the figure of Mario Alberto Kempes was decisive with two goals vital that besides serving to be the top scorer and best man served to crown a convulsive Argentina where Maradona even he had entered the call by decision of César Luis Menoti.

Total 25 intense days also marked by the goal of lack of Teofilo Cubillas against Scotland (recognized as one of the best beatings of history), the appearance of the ball Adidas Tango, a revolutionary leather would be present in four editions and so many things as the first doping penalty in a World Cup Scottish Willie Johnston, The goal 1000 World of work of Dutch Robert Rensenbrink or mascot Gauchito. 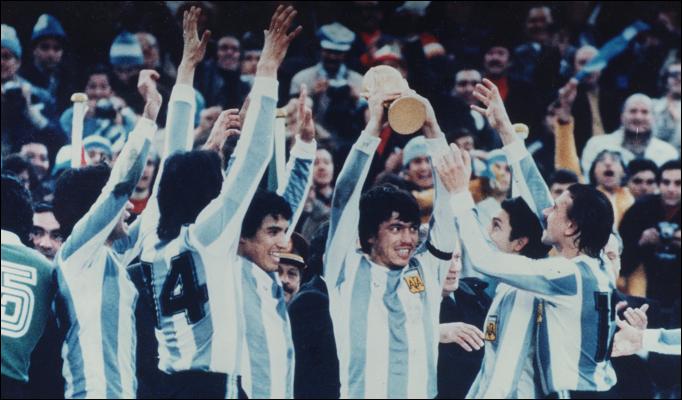 Passarella, Kempes, but Maradona. That was the Argentina of Menotti.