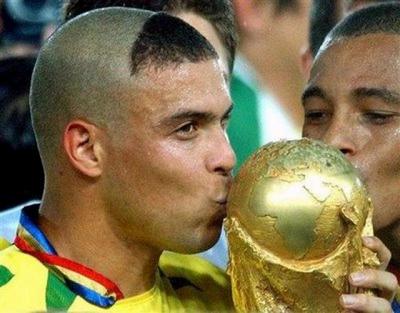 The first World Cup of the new millennium also marked the first played in Asia and in turn shared by two countries, Korea and Japan. A disputed championship which ended with Brazil winning their fifth title through the footballing resurrection of Ronaldo but above all, defrauded, since one can not say that the tournament respond to high expectactivas.

He defrauded the public who failed. Remoteness Europe and South America made the great masses of followers of world powers not to attend in sufficient numbers. It tried to correct with the appeal to local audiences, however, It should take footballing culture.

They defrauded the referees. There were many who received aid teams home. How can we forget the heist who suffered Portugal, Italy and Spain to Korea? They defrauded, Of course, the teams. A plagued Argentina star and arguably one of the best generations of players in its history (Veron, Crespo, Louse, pounds, Ayala…) he fired the first hurdle unable to beat Sweden and England in the first round. Worse things he went to France, champions, he said goodbye without even being able to score a goal which meant the end for a glorious generation. It, without, Holland, Colombia and the Czech Republic were not even.

And also they defrauded players. Eto'o and Cameroon did not go beyond the first phase, Zidane was lost, Raul did not appear when he was needed and suffice it to say that the best of the tournament was a goalkeeper: Oliver Kahn.

The first phase brought a bomb after another. France fell in Group A against Senegal in their opening match and succumbing to draw with Denmark and Uruguay said goodbye. Portugal, with Figo, Rui Costa and Pauleta among others, lost fell into a group where it was Korea, USA and Poland. Argentina fell to his eternal rival, England, with a lone goal from Beckham penalty and could barely add an insufficient win against Nigeria. Precisely, African sets much was expected at this early stage and actually gave judgment: Senegal only went to second round. 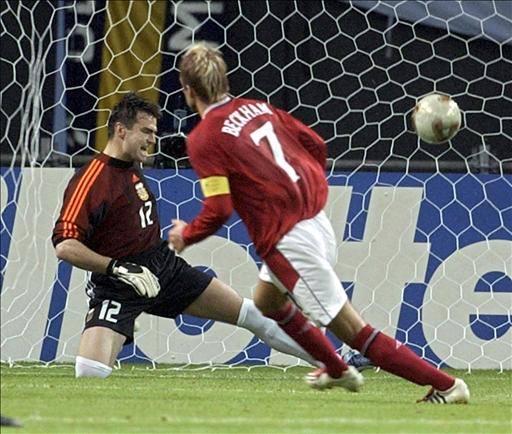 Beckham penalty gave the victory to England to Argentina.

The second round brought new life to the tournament. Spain, who had brilliantly passed this round, He became fourth in a dramatic penalty shootout against Ireland in a game where Casillas became a savior to stop a penalty in regulation time and two batches. Brazil won 2-0 to Belgium with goals from Ronaldo and Rivaldo. While certainly, He came the big game between Korea and Italy. Transalpine selection fell eliminated much controversy after an unfortunate actions of Byron Moreno, the referee of the party that expelled an Italian player to simulate a penalty that really was and he gave an illegal goal to Korea. 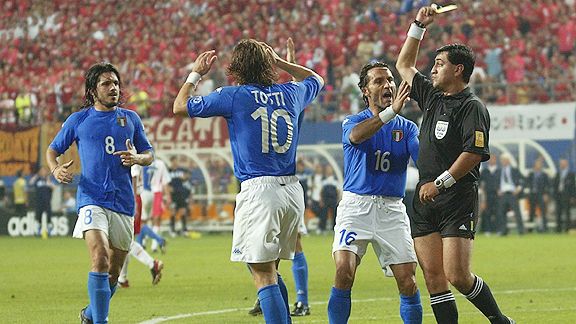 Totti was sent off for simulating a penalty that if it was.

The best of the tournament came in the quarterfinals. Turkey under the smoke to Senegal and agreed to his first semifinals. The same could be said of Germany, who won with a solitary goal from Ballack (one of the stars) to USA and set the first semi.
The other the disputed Brazil and Korea. The South Americans knocked to England to defeat her by 2-1 with a goal from Ronaldinho flag that went around the world. Ronaldinho surprised Seaman with a long free kick that slipped into the top corner.

Korea beat Spain to overcome on penalties after a controversial refereeing Egyptian Gamal Al-Ghandour, which he overturned two legal goals returning to Spain to stay at the gates of the semifinals.

Helguera lost the papers in the Spain-Korea.

In the penultimate round, witnessed two discrete parties. Brazil knocked Turkey 1-0 and Germany did the same with Korea. without brilliance, two of the most successful teams in history faced in the final. The Germans went without conceding a goal and Brazil with Ronaldo at full capacity. 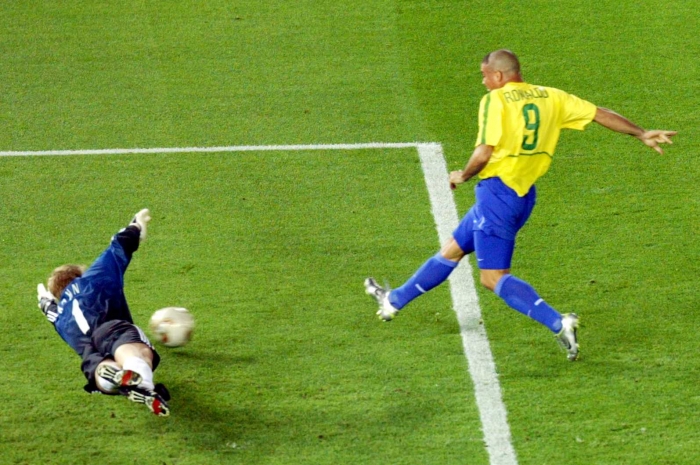 Ronaldo he scored two goals in the final duel Kahn.

Finally, Brazil proved better and won 2-0 thanks to two goals from "The Phenomenon", who in one of them took advantage of a mistake by Kahn, Ironically the best tournament. It was the culmination of a discrete tournament, by the way, Hakan Sukur saw scoring in the fight for third and fourth place, the fastest goal in World Cup history, to do the 11 seconds.