The best coaches in the world

They usually talk about players, of stars deciding matches on a soccer field. Kid idols who dream of becoming like them one day. But nevertheless, behind them there are a series of men who are the ones who give meaning to a team. Those who make a whole wardrobe fit, which create a system that allows a well structured team to be put together. They are the coaches. Those that presidents dismiss when things go wrong and those that remain in the shadows when success accompanies.

some young, other veterans, some former players, other football theorists, some media, the fact is that in Colgados por el Fútbol we analyze what in our opinion are the ten best coaches in the history of football: 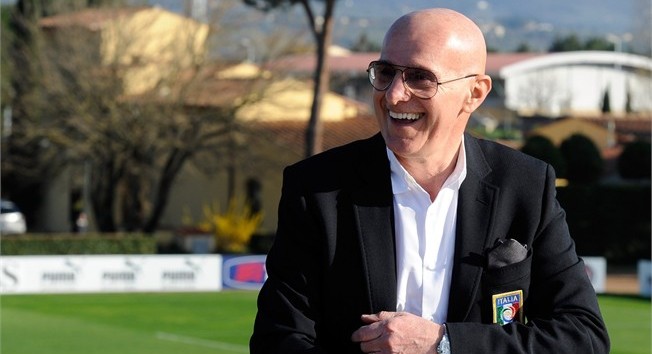 1- Arrigo Sacchi: the creator of double sessions, the father of tactics. When disorganization reigned, He was in charge of providing a group with a balanced structure where the key was to press in the advanced zone, drowning the opponent's ball output. forward defense, medium to the same they are and quality forwards but with a high dose of work were their brands. Finalist of the USA World Cup with Italy, won a Scudetto, two European Cups, two European Super Cups and two Intercontinental Cups with AC Milan. “I'm not a wizard king” he said once. In a way, it seemed that way at times.

2- Alex Ferguson: World Soccer just named him the best coach of all time. maybe, for being 27 consecutive seasons on the Manchester United bench and give him 13 Premier League, 5 FA Cup, 2 Champions League, 1 Recopa, 1 Intercontinental and a Club World Cup in addition to 10 Community Shield. A legend who went big because, in addition to titles, he generated a transformation in the club, giving it personality and creating a recognized style of play.. Fast football, joyful, by bands and always thinking of attacking. Before United, He has already triumphed at Aberdeen in his native Scotland with a European Cup Winners' Cup.

3- Rinuls Michels: the father of a Clockwork Orange, of total football, to play without 9, of mobility throughout the field. Everyone could attack and everyone could defend. an innovative, a misunderstood who only time proved to be a genius. A Champions with Ajax, a League with Barcelona along with a Copa del Rey and a World Cup final in the 74 are his great achievements. Always with Cruyff on the grass. its “another self” in the field. His is the mythical phrase “football is war”.

4- Helenio Herrera: the first media coach. A man of character, very genius. Discipline and defensive system were his flagships so much so that many consider him the inventor of the catenaccio. Forerunner of rallies and motivational messages, HH had a gift to face everyone against themselves and against him. But nevertheless, the results supported him: 4 leagues in Spain, 3 Scudettos in Italy, 2 European Cups, 2 Intercontinental and a Fairs. Definitely, a spectacular track record.

5- Jose Mourinho: two European Cups, more of 150 Unbeaten matches at home and a personality capable of dividing a crowd by an icon like Casillas. Master of the Backlash, of aggressive football, Mou has 7 suspenders, 4 Cups and a UEFA among other titles. And the best of all, Unlike the other three, he is still young to continue increasing his legend. Where it was triumphed, like good beer.

6- Johan Cruyff: the man who implanted a winning philosophy in a club that didn't have that inertia. Touch football, movement where attack predominated over defense. So much so that he used a scheme with only three defenses. 4 Leagues with Barcelona and the first European Cup completed the successes of his journey through Barcelona. Along with this, dos Recopas, one with Ajax and another with the Blaugrana club. Of course, apart is his career as a player.

7- Pep Guardiola: in their first two matches they suffered a draw and a defeat. He had fired Ronaldinho and did not want Eto’o. He played two players from the subsidiary like Pedrito and Busquets who were nobody and turned them into world figures. Very diplomatic with the press to which he did not give interviews, he won 3 leagues and 2 European Cups playing like a team never did. Without speculating, with the whole team on the attack and with long ball possessions, eternal that gave no option to the contrary. At Bayern, he hopes to increase his harvest.

8- Hector Cuper: if i had coached a bigger team (and he did it at Inter) his true measure would have been seen. He led Mallorca to a European final, Valencia to two Champions League finals. Always with a compact block, without fissures, but no show, perhaps its great obstacle and what generated detractors, like the continuous defeats in finals. No important titles beyond two Super Cups and a Commebol Cup, his seriousness made him an exceptional and rigorous professional.

9- Rafa Benitez: with Valencia he won two leagues and one UEFA, with Liverpool the coveted Champions League and with Chelsea the coveted EUROPA LEAGUE. He has all the titles that a coach can have, always in a good team but never the best. A work obsessive, its system is based on defensive rigor, rise of the sides and pressure to the contrary.

10- Luis Van Gaal: with Ajax he conquered a historic treble partly because he enjoyed a generation of spectacular footballers with Boer's, Kluivert, Overmars, Litmanen and company. At Barça he won two leagues but his methods did not convince. True to a 4-3-3 and happy football, He was a staunch enemy of the press and players who did not think like him. “Never positive, always negative”. Words are unnecessary.

11- Vicente del Bosque: two league titles, two European Cups, 1 world, 1 Euro. Always without making noise, hooking up star-studded teams with lots of egos. A psychologist who has a gift: hit with the changes and win.

12- Felipe Scolari: offensive wingers, a lot of work on his players, physically strong and compact equipment. He wants workers not stars. This is how he won a World Cup, like this and with Ronaldo. His great must is not to have succeeded in Europe.

13- Luis Aragones: the inventor of the tiqui-taca. The man who took away the bad luck from Spain and led her to win a European Championship when no one believed in him. Of a lot of temperament, He took Raúl out of the Red, Cañizares and decided to give the ball to the good guys. He created a midfielder team where the ball had music. Everything that Spain is owes to him. Players know. Their talks before starting the matches, anthology.

14- Jupp Heynckes: gave the sixth to Real Madrid and a farewell triplet to Bayern. Undervalued by many, It is one of the greats of world football. Lover of good play and ball possession, but also the defensive balance.

15- Billiards- Menotti: Beyond your achievements, Placing them in the same position is due to the fact that they both represent different conceptions of the game, opposing ways of understanding life, all of them valid. One won a World Cup at home, another with Maradona in Mexico. You want aggressiveness, other art. Either way, both created a before and after in technical rivalries.