Uruguay, a small country of just four million people can boast of having two Olympic gold medals, two World and 16 Copas America. Albergadores the first World Cup ever, football is lived more intensely than any other planet. Only then it explained that in such a small number of inhabitants have left players like the following. Which in our view, They are the best players in the history of Uruguay:

1-Juan Alberto Schiaffino: certainly unanimously and is considered by any good understood as the best Uruguayan footballer in history. attacking midfielder, their arrivals were fearsome opposing goal for all teams, as its tactical vision (perfect) and its ability to invent pinpoint passes that went where he directed his gaze. A genius who also had a glorious moment: in the World Cup final 50 He scored the first two goals of the famous Maracana. Penarol player and Rome, Uruguay and South America will hardly another player like him.

2- Enzo Francescoli: River icon and a wizard of the ball. A different player every talent that made football an art because of its elegance when the ball was on its feet. He spent most of his career in Argentina, but nobody forgets that was one of the architects three Copa America won by his selection in time where Uruguay seemed to have given way compared to Brazil or Argentina. Playmaker with plenty of arrival, Prince was the inspiration of a big football: Zinedine Zidane.

3- Diego Forlan: He is the player with most international matches with the celestial (102). Top scorer and one of the stars of the victory in the Copa America 2011. But there's more, much more. It was the Golden Boot World Cup, where they charrua brilliantly reached the semifinals. A killer of the area with a single thought: The goal, either with the left leg, right or head, from the middle distance or small area. A monster of the goalposts twice European Golden Boot. A data: his father and grandfather were also champions of the Copa America.

4- Alcides Ghigghia: is the only survivor Maracanazo, but possibly because its main protagonist was the man who scored the winning goal silenced the Maracana as charrua “only the Pope, Sinatra and he knew how to make”. incisor far end goal in their boots, its contribution to Uruguay was reduced to 12 matches. Definitely, the most important.

5- José Leandro Andrade: the first great black player in football history. A precursor aunaba power quality and class to give and take. A genius with his feet he was able to win 1 World and two Olympic Games. Black Wonder was the banner of the years best Uruguay 20, not World Cup 1930, where his contribution was limited because of its poor performance. Music enthusiast, violin and tambourine playing and transmitting that energy so necessary to go to a football field. Americas Cup three times round a track record dream.

6- Obdulio Varela: "Do not think about all those people, not look up, The game is played down, and if we win it will not pass anything, nothing ever happened. Outsiders are stick and the field will be eleven for the eleven. The match is won with eggs on the tips of his boots”. That was the phrase that said minutes before going to contest the final at Maracana 200.000 Brazilian souls against. It was a statement of intent and a clear metaphor for what he was. A leader, a moody player, hard, rocky but knew how to play when you had to do. One of those indispensable men every team should have and of course, Uruguay had the great. Without him, there had been Maracanazo. 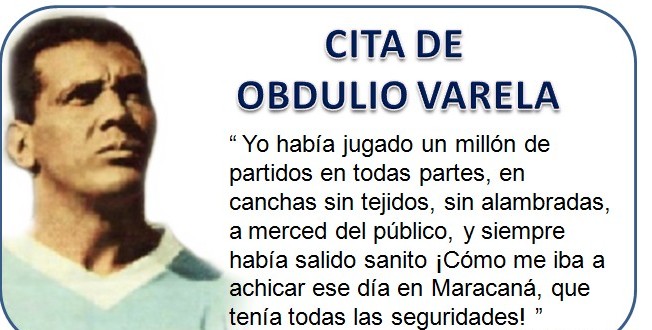 8- Hector Scarone: four FA Cups America, two Olympics and of course the World 1930. This bold front was the best reference ever Uruguay. Under his baton, miracles were also made with Nacional where in 20 year career marked 163 conviertiendo many an idol of masses will never forget. The magician, without further ado.

9- Hector Castro: El Manco Castro, the divine Manco are some of the nicknames of this example of overcoming that with just 13 years lost his right arm because of a power saw. A freak of nature who scored the first goal in the history of Uruguay in the World and Centenario Stadium. Sufficient merit to be included in this list of geniuses. 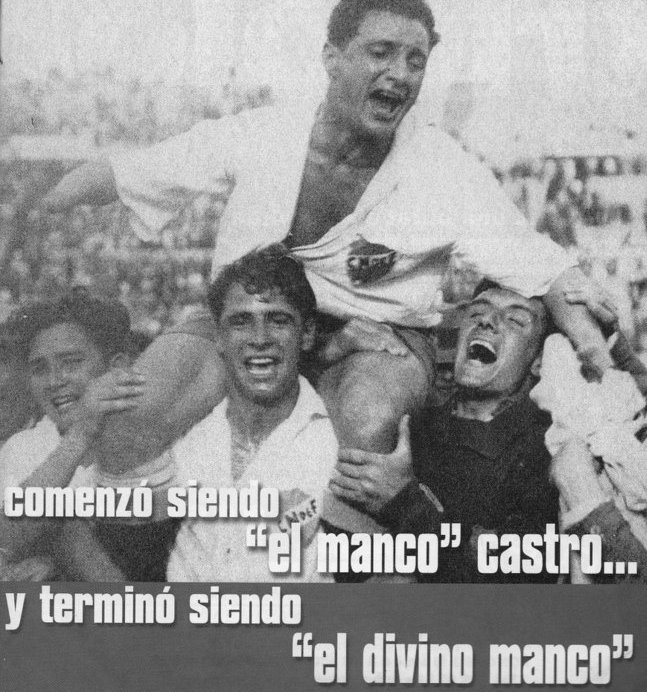 10- Luis Alberto Cubilla: Five years in Peñarol, five National, two in Barcelona. And all they wanted was for their great facility for door. It is true that coincided with a low time of selection, unable to lift major titles, but still its mark is that not forgotten, because few things besides the titles missed him the good Cubilla.

4 thoughts on “The Ten Best Uruguayan Soccer Players in History”

The Red Fury among the favorite teams to win Euro 2020

Uruguay fears the attack of offensive soccer from Venezuela

The favorites to win the Eurocup