The ten best African players ever 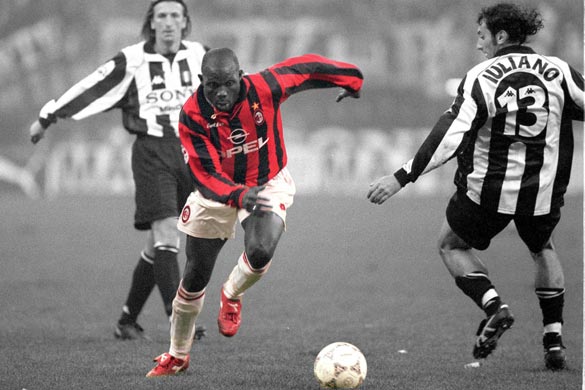 Oceania Africa is next to the only continent that can not yet boast a semifinalist in the World Cup. Although their football is booming, although more and more schools and more preparation exist at all levels, especially tactically, He still could not overcome the barrier to fight once and for all for a world title. But not for that, He has not had really good players. Rather the complete opposite. In recent 20 years, He has been able to boast of having an inexhaustible talent pool. African players are the best in history. We remember:

1- George Weah: Hanged for the best African player in history. Two things basically: because it is the only one to have a Golden Ball (1995) and because its power, technical and definition well deserved. Huge stride, class served to give many joys to AC Milan and PSG, clubs with winning the league in their respective countries. Just the fact of being in a smaller selection as Liberia prevented him from going down in history as one of the greatest. He had all qualities.

2- Didier drogba: possibly with Samuel Eto'o deserve a place in this distinguished podium. Drogba took far Olympique Marseille and even Chelsea, club that gave him his only Champions with a marvelous performance. Now Galatasaray, Drogba is strength, sheer force, but also power, goal and class, very classy. 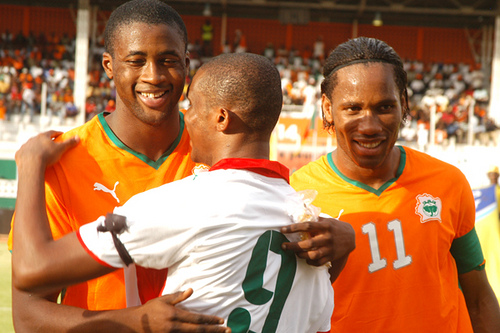 3- samuel Eto'o: The Chelsea striker is now arguably the best African player with global palmares. He has won almost everything and has been through the ranks of Barcelona, Madrid or Inter. Enough baggage for a player of enormous speed and huge capacity scorer. His great handicap, temperament and a more limited quality than its two predecessors in this list.

4- Roger Milla: the typical case where the character overcomes the person. Milla was talent and genius and a spectacular physical capacity. But, definitely, his greatest contribution was the charisma. It was the first great African player in history, the man who stood to Cameroon on the map for their goals, some of them wonderful, other unforgettable, as was his dance whenever celebrating a goal.

5- Bruce Grobe Laar: South African white. And for more information, goalkeeper. Grobelaar was extravagant at all. He is committing blunders that matched impossible stops. Great reflexes, but nevertheless, the story says he was 14 years defending the posts of Liverpool and won 6 Suspenders, the last conquered in Anfield. I ended up becoming a myth. Among other things, because it was special and that flamboyance earned him to be one of the most charismatic players in the years 80.

6- Yaya Toure: the list could go Michael Essien and as many defensive midfielders great stride, long distance and huge defensive capacity. Yes, but is that Toure has that plus an arrival that provides a respectable amount of goals per season. That is his greatness, which of course comes with a great quality that allows you to be a specialist in the unemployed balls.

7- Abedi Pele: Olympique key player in winning the European Cup in the early 90, This Ghanaian won three gold balls African realizing that we are talking about a monster. A player with enormous power and ease to see door. One of the great.

8-Mahmoud El-Khatib: Egypt has always been a team that has opted for the touch and talent. And this man has all this and much more. Especially, goal. It was the only one who has captured a Golden Boot for Africa, in his beloved Al-Ahly, club in which I militate 16 years and he won everything possible. His only goal was the goal, I had blood. I only saw two yellow cards in more than 16 year career.

9- Nwankwo Kanu: power forward that heart problems prevented him being one of the greatest footballers in history. Nigeria had pretty much everything you need to be. Fortress, class and goal. It was the perfect mixture in a field.

10- Thomas N´Kono: It was the first great representative of a school of goalkeepers who shared qualities. agile goalkeeper, business, very fast and long pants. It was a symbol Espanyol, but also of African goalkeepers. Thus, It deserves to be included in this list. 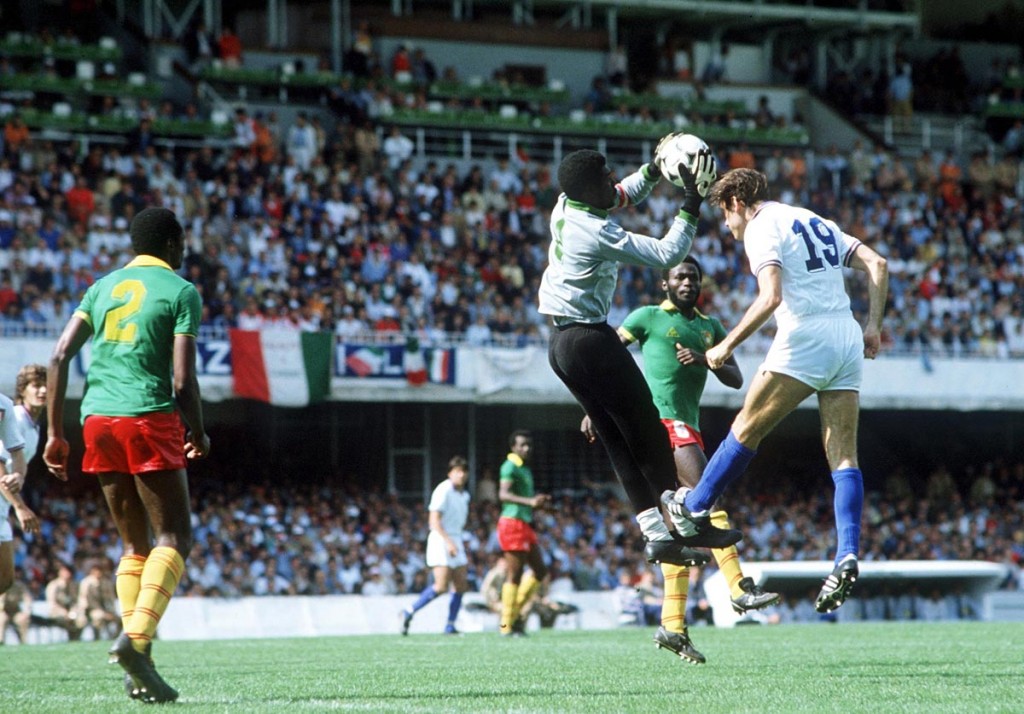 Africa has never enjoyed a reputation for good goalkeepers.

*No players born in Africa are included and played with other teams like Eusebio or Vieira.

Belgium at the chance to become the surprise team
Claudio Ranieri titles
Spain can not Korea or the referee
Ten curiosities in the history of the Spanish League (II)
Five brands and record of the Champions League you should know (I)
Raul Is the best player in the history of the Champions League?
They were heroes for a day with the shirt of Real Madrid
The Bundesliga leads the way to other major leagues
So will the Spain Euro 2016
Europe against South America, again favorites for the final of Club World Cup