The pique between the community manager of Iberia and Valencia 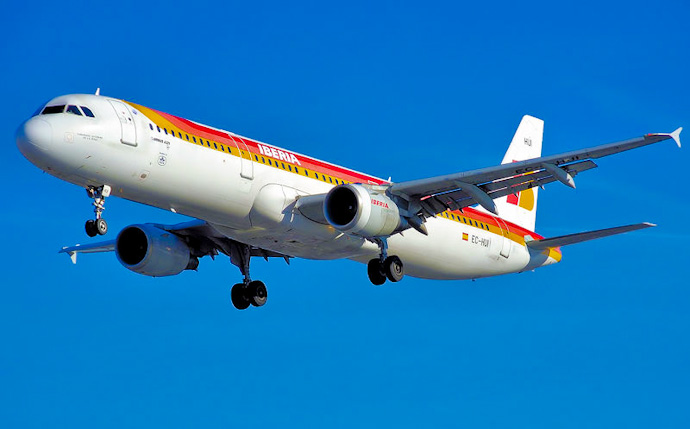 In the times we live in the community are particularly relevant manager. They are responsible for giving visibility to a brand or company through social networks or address the questions and demands that customers make through different social networks that handle. But sometimes, they end up clashing with professional colleagues and if not, tell that to the community manager of Iberia and Valencia.

Both of them, They ended up stuck in a mess after the company aircraft continued the joke of a fan of Valencia by Twitter. The thing was more until responsible for managing the account of the Valencian club intervened to defend the name of your club. And it is that it seems, the little joke did not sit well in the Mestalla club. This was the sequence. 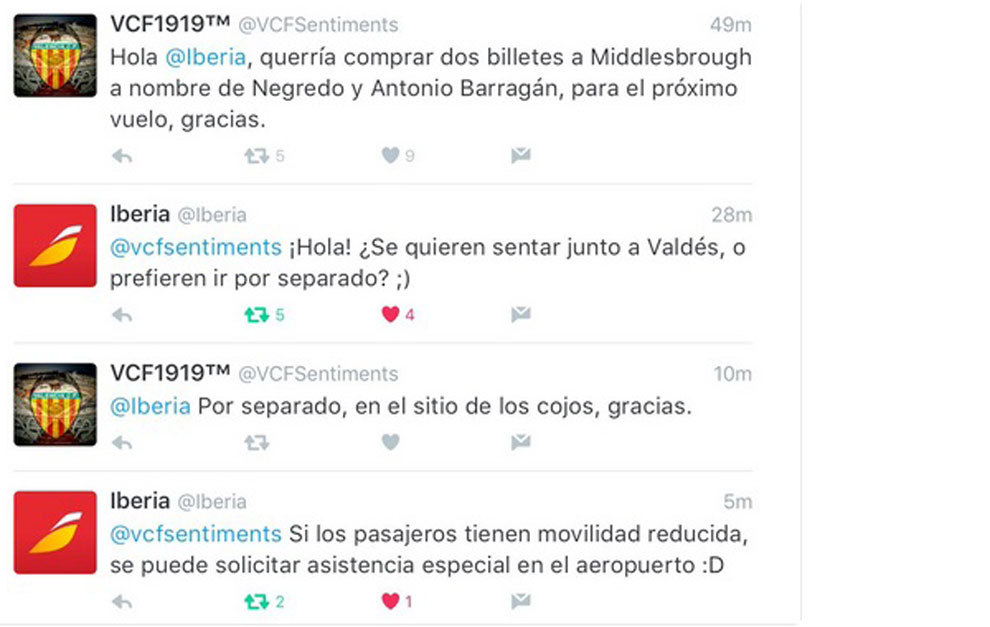 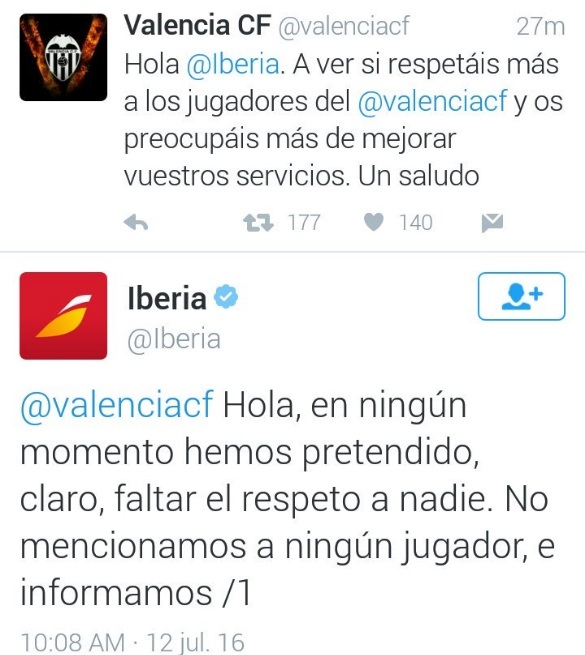 Betis and Sevilla to let themselves lose hurting your opponent
Ricardo Bochini, Maradona's teacher
The best decade in the history of Levante UD
Vicente Calderon present in one of the film premieres Christmas
Enner Valencia feigns injury to avoid being arrested by police
Five selections did not know that they have played a World Cup
The top ten players in the history of Barcelona
Differences between the FA Cup and League Cup
The 50 best teams in the world 2015 according to IFFHS
Sculptor bust CR returns to the load: the best memes bust Bale