Posted By: Alberto LlopisIn: Retro football, Made in ColgadosNo Comments 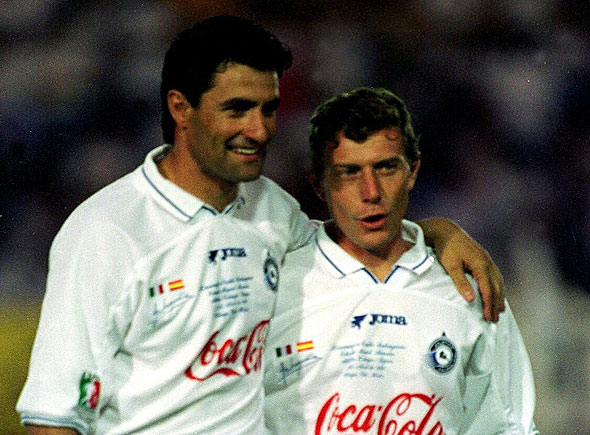 Atletico Celaya surprised half the 90. The Mexican side, It was founded in 1994 and a year later he launched the creation of a team of Galacticos era that came to Mexico to exhaust his days as elite players and step, fatten up a little more so your bank account. But nevertheless, more than two decades after the Mexican team has disappeared from the forefront of Mexican soccer. What happened to the legendary Atletico Celaya?.

The first bell was Mexican club to sign Emilio Butragueno, one of the best Spanish players of the decade of the 80 and one of the best in club history white. After finishing its link with the white club 1995, the Vulture was already quite far from being who he was but he still had his pull and name, he decided to cross the pond to enlist in the ranks of a team that just had a couple of years of existence as such. 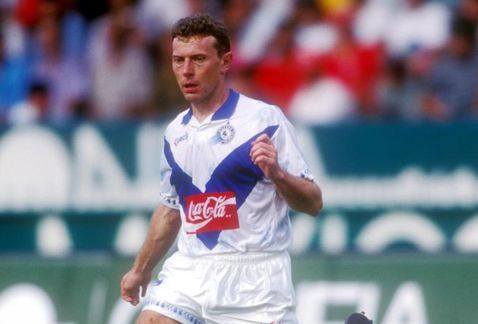 The Vulture was the feeling in Celaya.

Vulture made very good image in the time he played at Atletico Celaya. For three seasons, It was one of the best in the Mexican league and for many, It is considered one of the best foreigners who played there. Of your hand, all he reached the final and fought the title 1996 against Necaxa, just a couple of years after birth such as club.

One season later the president of that legendary Celaya, Enrique Fernandez, He took another blow on the table and signed another mythical fifth Vulture, nothing more and nothing less than Michel who had just finished his eternal link with Real Madrid. Since I had not enough, the president also signed another of the greats of Madrid 80 and one of the best players in the history of Mexico, the great Hugo Sanchez. The downside is that it was late 90 and Hugo, and it had long been virtually retired.

Atletico Celaya with three of the best players in the history of Real Madrid, but with a few more years.

However successful a year earlier was not repeated, Vulture left active football like Michel and Hugo Sanchez and Celaya continued fichando name players already walked away from their best times and end with the passing years came down, It was sold because of debts and disappeared after being changed location and name. His story was really brief. A few years ago in the XXI century, the club was refounded although those glory days and stayed away a long time ago.

Parma, Italian emperor of the 90
The best teams in Mexico
Maradona and Messi marked the same goal
The poor role of Europe in America, for what is this?
Five pictures of the day 1 Euro 2016
Russia 2018: large selections remain without World
Sivori, aufgeteili a myth entre Argentina and Italy
Croatia, Talent without organization
Five fights between coaches and players
Aspiring to crack the Real Madrid Hats