It was a myth wherever he went. In Groningen where unveiled in 1980 when he was just 17 years. Of course, Also at Ajax where he started his love affair with the success he achieved his first Eredivisie and his first Cup. But if Ronald Koeman excelled in capital he was at PSV Eindhoven, club with which he won three league titles and a European Cup before making the leap to FC Barcelona, where the great player he was moved to the category of myth.

Because if, It was in the club blaugrana, where he achieved the impossible. Scoring the goal that was worth a European Cup for the first time in the history of the Catalan team. That free kick in full extension before the Sampodria with the sticks Pagliuca surely that few will forget. It was its peak, the play that defined how was the great Koeman. A specialist in throwing punches francs, a genius long pass, initiation close, a spectacular header thanks to its strong shot that has made him highest scoring defender in football history with 193 goals in 533 meetings.

Many criticized him for being somewhat weak defensively, having no waist to certain players, but Koeman doubt that Tintin is pure football history. Because he helped the Netherlands win his only major international title at the European Championship in Germany 88 and he was one of the key pieces of the Barcelona Dream Team made between 1991 Y 1994 and that helped him win four consecutive league titles with Johan Cruyff in front, his great supporter.

One of the few players to play in the big three of his country (in 1995 he signed for Feyenord to give by closed his career in 1997), Koeman is chosen from 100 Best players by FIFA but doubt that it is long. Because the, achievements outside, He symbolized a new way to play football, having to be defending himself who take the reins of attack. 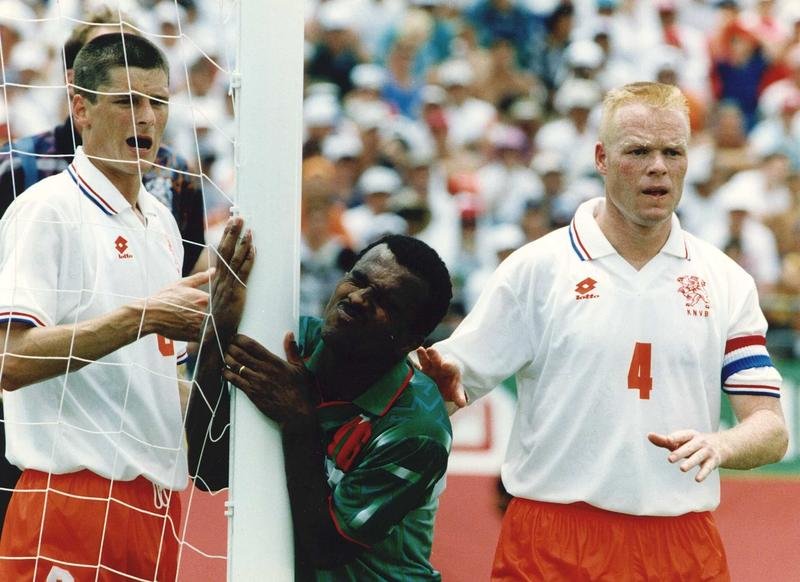 Work as a coach

Demanding character, much of the career and reputation of Koeman to his role should be as a player, although we must not forget that this Dutch 50 years and has in its ranks accredited coaching experience. Holland, where he won three league titles (two Ajax and PSV), Portugal (where he won a Super Cup with Benfica) and Spain (where he won the Copa del Rey with Valencia after leaving off the team legends like Cañizares, Albelda or Angle) They have been some of the countries where he has developed his work on the bench.

A task that moment, without being bad, It has not given the same fruits as a player but that surely awaits a more than possible prize within not too long: the post of national coach. And it is that Koeman was, It is and will be a myth in his country.