The five best coaches in the history of Valencia

Who are the top five coaches in the history of Valencia CF? The Valencia club is one of the great historically as the historical classification and ranking of the Spanish League. So today in Colgados, we remember those who are for us the five best technicians who have passed through Mestalla club history.

1-Rafa Benitez: Doublet man, the man of the two leagues. When he arrived back in Valencia 2001 few expected it would become which is arguably the best coach in club history. Partly because when he joined the club valencianista his resume was more than discreet and counted only on a descent and a few resignations. Against all odds won the league in his first year and that he had foot and a half outside the club at Christmas of that year. Not only got the machada in 2002 but two years later he would be overcome Doublet coach, winning the League 2004 UEFA and the same year.

2-Alfredo Di Stéfano: madridista myth is primarily a coach with more games in the history of Valencia. Don Alfredo, He was forever linked to Valencia and much of his family settled in the city after the first of three stages. He went to Valencia in the first stage between 1970 Y 1974, the second in 1979-80 and a final step between 1986  Y 1988. He won as mister of Valencia league 1971, Cup Winners' Cup 1980 and was the coach who returned to Valencia to 1st at the worst time of club. Certainly a myth and history of Valencia and with complete worthiness, one of the best coaches in the club's history. 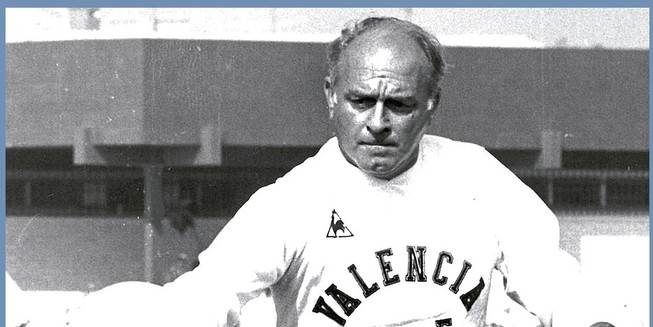 3-Pasieguito: As a player He spent most of his career between Valencia and Levante where he played at various stages in both clubs. coaching, He directed in several different stages to Valencia club where he managed to win several titles. Under the direction of Pasieguito, Valencia won the Copa del Rey 1979 and Supercopa of Europe 1980. Almost always linked to the coaching staff at Valencia, Pasieguito is on merit another one of those engraved in gold in the history of Valencia names.

4-Claudio Ranieri: the Roman general turned in several stages to Valencia. When he arrived at the first, the club was sailing aimlessly almost half of the league table and as many decades that did not celebrate anything. As in the case of Benitez, He had foot and a half outside but righted the course of the ship and managed to win the first title after many years, the King's Cup 1999. His second stage was not the same but still managed to win the European Super Cup 2004. It was the first stone of the resurgence of Valencia in the new century. Also under his leadership Valencia won the insipid and little recognized Intertoto 1998. Directed by him and the Piojo Lopez on the grass, Valencia was a real hammer for the Barcelona Van Gaal.

5-Hector Cuper: Argentina achieved what no one has managed so far, Valencia put the two end of Champions, only two of its history and consecutively. He lost both, in fact Cuper has lost almost all finals he has played on all computers, but the milestone left the flag up high. The mash was great. He won the Supercopa of Spain 1999 but left feeling that was one of the best coaches who have gone through the Valencia bench. Valencia left to make way for Rafa Benitez also putting their bit at the Valencia of the first five years of this century. 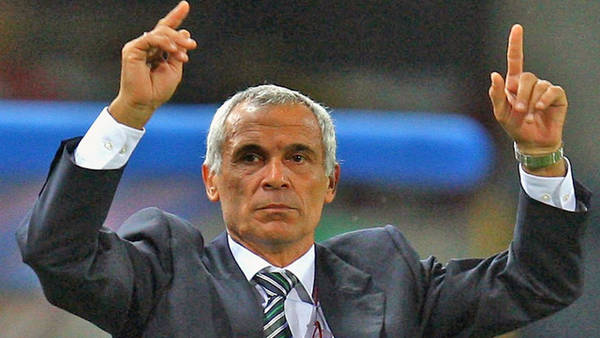 Spain internationals who played on teams that maybe do not remember
Best memes of Mourinho and hood
CD Mirandes is already a classic Cup King
All data Champions 2015/16
Diego Maradona is a legend in video games
What regional selection is the best in Spain?
The most stolen League teams
The record to beat Russia in the World 2018
Revenues that will receive League teams this season
Moses Kean, first player born in the new millennium debut in Serie A