Brazilian exfutbolista Ronaldo He said he feels “defeated” the difficulties that causes overweight, a problem you want to delete a hard diet and exercise program which started for a program on Brazilian television.
Ronaldo, of 36 years, began yesterday the regime 'Measure certa’ in the Sunday program variedades'Fantástico’ TV Globo’ from Brazil, wherein told that since retiring fields, last year, physical activity is “zero”.

the former “Phenomenon” football, which initially he was a player with a fibrous and muscular physique, He acknowledged in an interview that his poor physical condition causes daily problems to the point of drowning up the stairs of your house or even confessed to 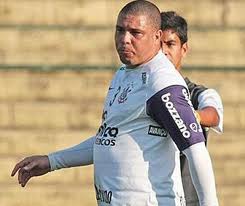 trouble sleeping because of the big belly that looks , which causes ever after the “large discomforts”.
Ronaldo said he has always had him “dread balance”, something defined as “a trauma” the television program, every Sunday, during three months, will display the progress of their efforts. according Ronaldo, he began to gain weight 2007, during his last year at Real 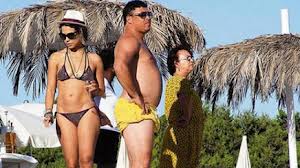 The crack once confessed that the problems started by a deficiency that has in the thyroid, he explained, “increases metabolism and consequently fat”. He also confessed that apart from not doing any exercise will cost much control when eating. To be weighed for the first assessments, the balance showed that weighs exjugador 118 kilos.

Finally Ronaldo, confessed to having been a smoker since the 28 years and he has stopped doing lately for their health but add that the plan of training and the regime they will undergo aim to demonstrate that sport contributes to a better quality of life. Definitely a tough challenge he faced in the coming months.