Who is better Messi or Ronaldo? 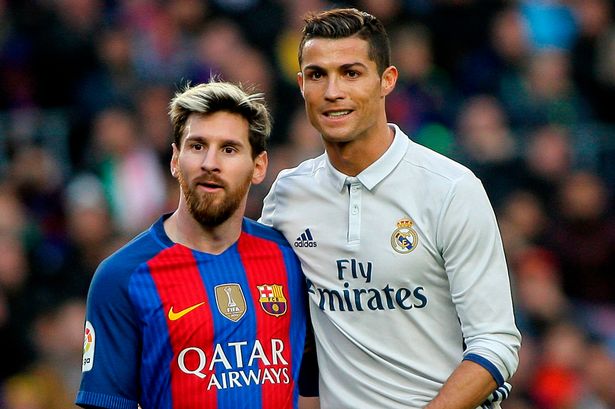 The eternal debate and it seems the principal for many ¿Messi or Cristiano, Who's the best? Photo: Americatv

Messi-Ronaldo, Ronaldo-Messi, this seems to be the only duality existing in the world of football and these, They seem eternal and unique issues that many fans are football especially those of Real Madrid and Barcelona to discuss, discuss and rivaling even the merits and numbers of his two cracks. Despite the large number of senior players and teams that exist for much of the public only are these two. In Colgados we are not much to distribute the weight of the world of football between two but we want to know which of the two is better for our audience. Rate it

The biggest stadiums in Chile
Ivan de la Peña: the "little Buddha" It was a misunderstood genius
Why Fairs Cup is not official?
Do you know where Athletic Bilbao stadium is?
The Ayew family, another saga of soccer players
Curious that the Valencia goal he scored to Stanislav Cherchesov
The 10 best soccer films in cinema history
Japan, slowly but steadily towards the world elite
Spanish coaches who won the Champions
Stanley Matthews, the longest-serving player in history