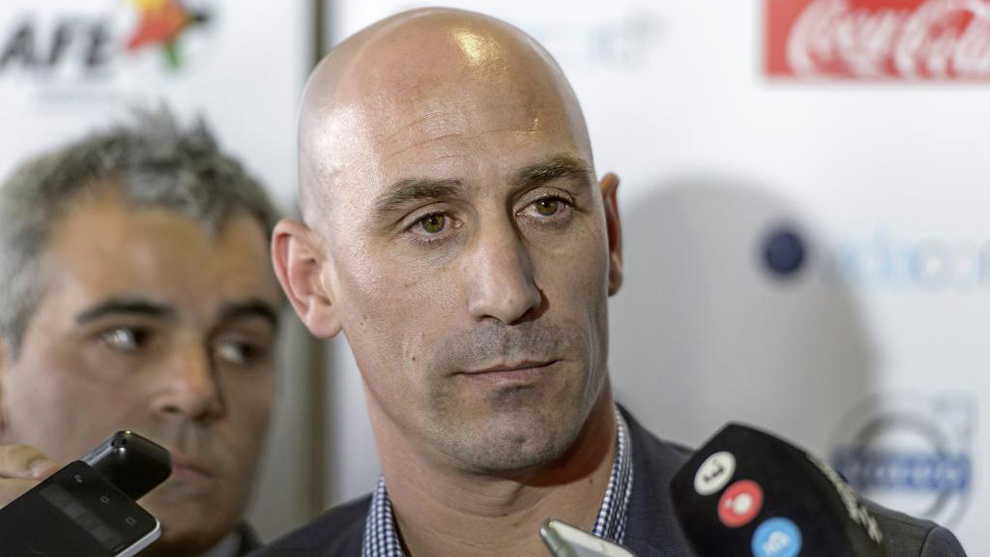 Rubiales is the new president of the RFEF. Photo: Marca.com

Luis Manuel Rubiales Bejar is the new president of the RFEF. The former footballer Xerez, Levante and Alicante among others, and until recently, head of the AFE, It was the first to reach 70 votes were needed to win the election race. The final count counted left a total of 137 ballots, of which 80 They were to Rubiales, 56 for Larrea and was only one blank ballot. So everything was settled on the first ballot. Rubiales, just this way with the mandate of Angel Maria Villar that has lasted three decades.

Cristiano Ronaldo will leave Real Madrid
According to medical report, Karius finished the Champions League final with a concussion
Costa Rica asked to repeat the football game-snow held in United States
Best memes of the twelfth Champions Real Madrid
Antoine Griezmann, one of the most sought after players in the league
Fidalgo González dies, Compostela manager who became famous after being attacked by Gil
Real Zaragoza, caught in a historic second in the 2nd decade of the century
Levante aficionado asks to his girlfriend at halftime of a game
What is the best soccer league in the world? part I
Kanté missed a train and ended up having dinner and playing at the home of FIFA fans