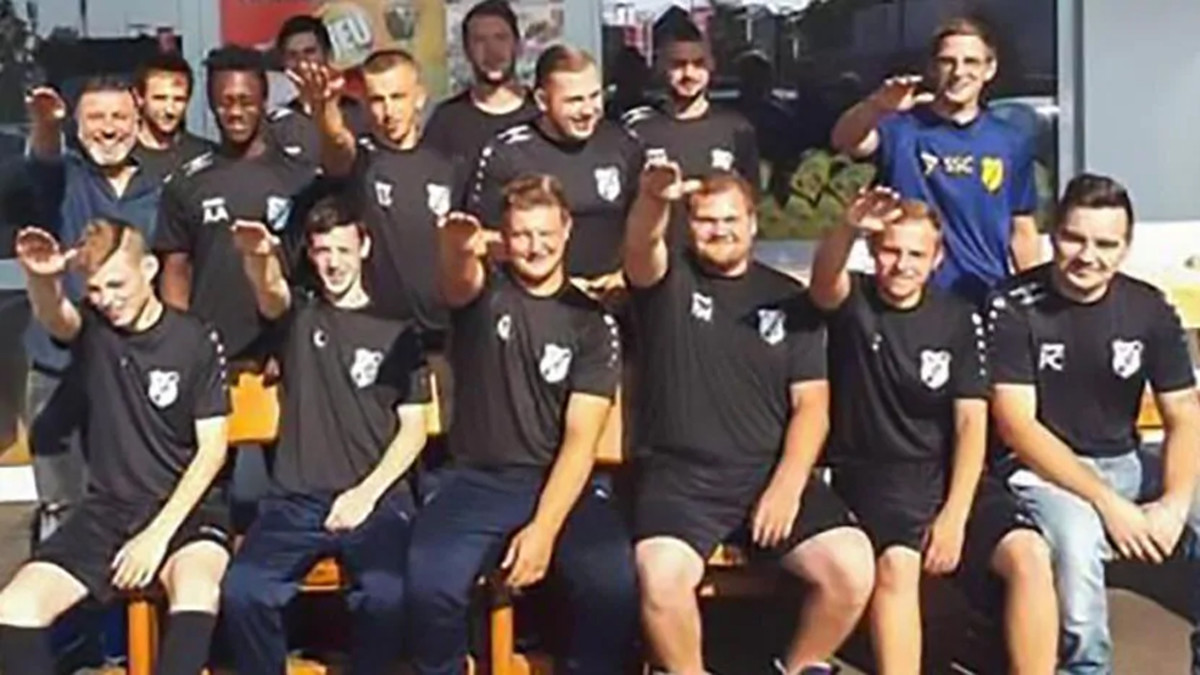 They went from 'funny’ and this has cost them to stay without equipment. It happened in Germany when seven players from a German amateur team, the branch of SC 1920 Myhl, they did not think anything other than make a 'grace’ completely out of context in the century in which we live. The seven young men raised their arms making the familiar Nazi salute while they made an official club photo.

Laughing and fellow witnessing color image, these boys decided to meet the request of one of the sponsors of the club asked to do something funny. And they understood that this Nazi do reverence was his way of being funny something that cost the team immediate dismissal and breaking the club with this sponsor.

"When we knew about it, immediately convened a board meeting. According to the rules of our club, we could only conclude to expel members ", said club president, Marc Winkens. They involved apologized, but to no avail. This unfortunate gesture has shaken the German public opinion and open various debates. And it is that instead of evolving it looks like we did back in many places.

Lassad, CD player Toledo, suffers a heart attack in full training
Eldense coach arrested for alleged rigging of 12-0 against Barca B
Maradona will have its own series on Amazon
Juve goals 6 to Pescara
Chelsea thrashed a spectacular Mata 4-2 al Tottenham
Japan qualifies for second round by cards
Betis 1- Barcelona 2: Messi has supera Müller
Alejo Ivan crying after being replaced by Mendilibar
League incorporates 9 Saudi players assigned to the 30 of June
The timing of the Santander League 2019-20