The best goalkeeper in the history of Spain 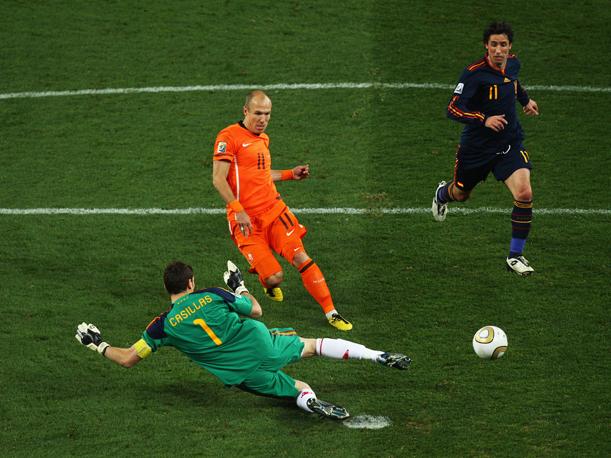 This stop by Iker Casillas was essential for the achievement of the World Cup in South Africa 2010. PHOTO: Brand

The 4 August 2020 marks the withdrawal of what is for many, the best goalkeeper in the history of Spain, Iker Casillas. A man who marked a before and after under the 3 clubs especially from Real Madrid and the Spanish National Team.

Iker Casillas played 725 matches at Real Madrid where he won during 16 seasons 19 Titles: 3 Champions, 3 Club World, 2 European Super Cups, 5 Suspenders, 2 Cups and 4 Supercopa of Spain. With Porto where he was 4 seasons (although the last one without being able to compete) juice 156 conquering matches 2 Portuguese leagues, 1 Cup and 1 Supercopa.

With the Spanish National Team, Casillas made history conquering 1 world, 2 European Championships and 1 Mundial sub-20 besides playing 167 games as an absolute international for Spain leaving the image of the captain forever raising the first and only World Cup in Spain so far in addition to the European Cups of 2008 Y 2012. In total during his career, Iker Casillas played 1068 matches during his career, winning 27 titles which make him but the best, one of the best Spanish goalkeepers in history.

The first day of May 2019 that of Móstoles was born again after suffering a heart attack with only 38 years while training with Porto. Something that was very strange given his youth and his status as an elite athlete. A condition that surely saved him by suffering it in the middle of training with his club and with the club doctors present.

A heart attack that together with its 39 years, made the 4 August 2020 announced its final withdrawal from the world of football, leaving behind a spectacular career, full of titles and spectacular stops that were left for history like the one he did to Robben in the final of the World Cup in South Africa 2010 and that in the end it would be final for the achievement of the title.

But not even the greatest are spared from having detractors. Loved by many but hated by others after being accused by Mourinho as ‘mole’ from the Real Madrid dressing room, Iker Casillas is despite this, possibly the best goalkeeper in the history of Spain.

The important thing is the path you travel and the people who accompany you, not the destination it takes you, because that with work and effort, comes alone and i think i can tell, no doubt, that has been the way and the dream destination #Grac1as pic.twitter.com/xb8ucs9REh