The top five Brazilians in the history of Real Madrid 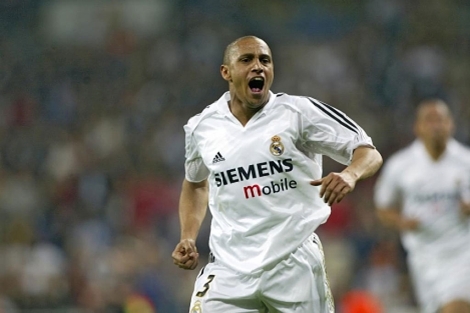 Who are they the best Brazilian in the history of Real Madrid? White club is one of the greats of world football. named best club in history in the twentieth century, They have passed through its row multitude of cracks that have contributed their bit to enlarge the history of the white club.

But in this article, we focus on a particular nationality, Brazil. That's why I want to remind those who are possibly, the top five players from Brazil in the history of the Bernabeu club.

1-Roberto Carlos: he played for Real Madrid between 1996 Y 2007 which he proved to be the best left back in the world and one of the best ever. Powerful, technical and spectacular, He left some wonderful goals simply because among other things to its excellent and devastating shot. He left Real Madrid with: 4 Suspenders, 3 Supercopa of Spain, 2 Intercontinentales, 1 European Super Cup and 3 Champions.

3-Marcelo: He came very young to Real Madrid, in 2007 with 19 years and he has spent the decade as madridista. It came as a promise to the white club and soon became a true reality. Nothing more and nothing less than 4 Champions as madridista, in addition to 4 Suspenders, 2 Copas del Rey, 3 Supercopa of Spain, 3 Europe Y 3 Club World.

4-Canary: he signed in 1959 and he was part of that front of Real Madrid who won 1960 the considered better end of the European Cup history. Di Stéfano formed it,  Of the sun, people, Puskas and our hero, Canary. Between 1959 Y 1962 He won a European Cup, 2 Suspenders, 1 Cup and 1 Intercontinental.

5-Pepe: Pepe has Portuguese nationality but was born in Brazil so we include in this list. He came in 2007 and he went in 2017, ten years later. And he made a a spectacular track record: 3 Suspenders, 2 Copas del Rey, 2 Supercopa of Spain, 2 European Super Cup, 3 Champions Y 2 Club World.

The last survivor FIFA 96 two decades later
The players who have played in 4 Major League Europe
Thirtysomething front with a goal in the blood
El Burrito Ortega, a different player
What was the legendary Atletico Celaya?
Lutz Pfannenstiel, the only player who has played on every continent
Arthur Friedenreich, the man who scored more goals than Pele
What if the future of the Earth is decided in a football match?
La Liga 2014/15 marks the lowest drop in history
The other League : There is life beyond Real Madrid and Barcelona (Parte1)