The relationship between coach Chelsea, Antonio Conte, with his players it is not the best, It is more than obvious. If a time was Diego Costa (currently at Atletico Madrid) which he crossed out the name of the Italian coach alignment assembly blue, now she has been another player who has done something.

Willian did not start in the final of the FA Cup that played yesterday Chelsea and Manchester United and becoming Londoners managed to win the trophy. The Brazilian came late in the game just to waste time and its relationship with the coach is more distant. Once the game, footballer Rio de Janeiro rose a photo to his Instagram account in which you can see the entire team celebrating the title. yes, He was responsible for 'clear’ figure placing Conte 3 front of her trophies. 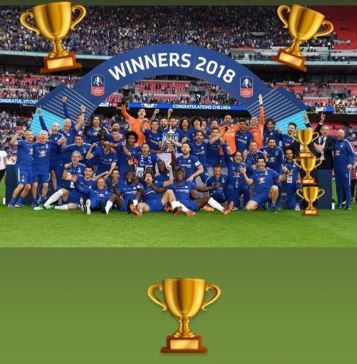