Some time ago you parents and children talk about footballers, how many suckers had followed the family trade and had dedicated, with more or less success , the world of professional football. One of the best examples of this is the Fiorentina 2017/18, which pairs 3 players whose parents left and in some cases still leave, his name in the world of football. If we talk about Chiesa, Hagi and Simeone sure to come to their heads, Facet coaches leaving behind, these 3 players in 90. As well, these 3 surnames match the team of beautiful Florence.

Ianis Hagi, Gio Simeone and Frederick Church develop his career at Fiorentina XXI century, more than two decades after their parents will walk their international football fields 90. Ianis Hagi, born in 1998 and he debuted in 2016 with Fiorentina. The son of Gica Hagi, the 'Maradona Carpathian’ He born in Turkey when his father played for Galatasaray but chose Romanian citizenship from his father. Italian-born Federico Chiesa 1997, He is the son of Enrico Chiesa, a classic of Italian football that among the multitude of clubs that played, so he did at Fiorentina. Now his son follow in his footsteps.

The contrast of all is Gio Simeone, born in 1995 and son of coach and former player Atletico Madrid among others, Diego Pablo 'El Cholo’ Simeone. Fiorentina has paid 15 million euros by the son of 'Cholo’ in the 2016/17 framework 13 goals in Serie A with Genoa. The 3, great future players, They have a lot of work and time ahead to match racing their parents. 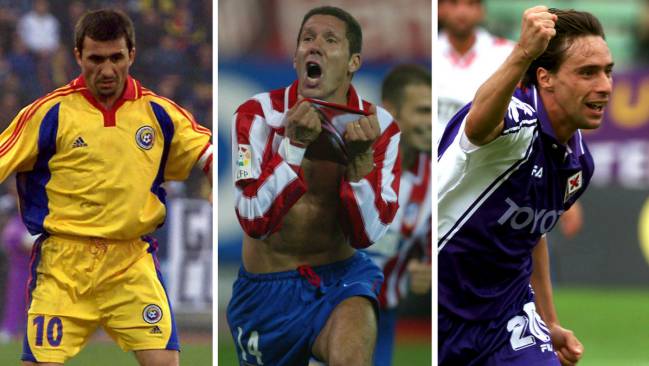 Hagi, Chiesa Simeone and parents in 90. His children agree Fiorentina in the 2018. Photo: Marca.com

First Division players who have just contract 2015
Drop accounts, the four teams play
Footballers unemployed: The crisis also comes to football
Five reasons why it is better than Tigres Monterrey and vice versa, who is better?
Jonas Gutierrez saves Newcastle after beating cancer
Deportivo La Coruna, become a landmark lift equipment
The historical palmares of Euro
US denies entry to the country to Sergio Garcia and trainer Espanyol
Belhanda and Arsenal penalty
Is Real Madrid the favorite to win the Champions League?