The dream team gather at the front to Chicharito, Tevez and Balotelli next season in MLS 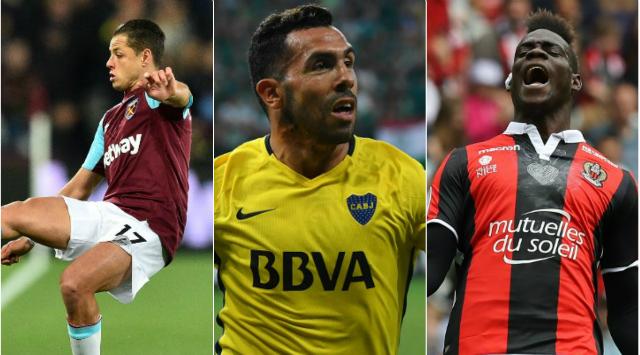 every season, American MLS continues to recruit great players to make bigger his championship. The soccer He is gaining adherents and the latest superstar to join the competition, Zlatan Ibrahimovic, He has started in the best way possible.

The team that wants to build a front for the upcoming season is the DC United. As reported by the 'Washington Post', equipment and working capital to convince Chicharito Hernandez, Carlos Tevez and Mario Balotelli.

Mexico not just be happy in his new career in England at West Ham trained by David Moyes and would not look askance sign a good contract and travel to the United States to compete in the MLS. The name of Carlos Tévez, currently Argentina's Boca Juniors, It is also playing hard in recent days. Not the first time the attacker accepts a somewhat exotic offer a good deal, not in vain, and he played in the Chinese league. By last, Mario Balotelli, Nice currently in French, is another who could leave Europe in search of the American dream.

An ambitious project, definitely, which he manages the American franchise of DC United looking to take that leap of quality required to compete with other clubs that are making signing big stars like Carlos Vela (LA FC) Zlatan Ibrahimovic himself or (LA Galaxy).

Serbia and Albania have just beaten
Best Spain beats Uruguay 2-1 at the premiere at the Confederations Cup
Atletico already looking substitute for Griezmann
Silly goal of the day comes from England
El Bayern, unstoppable in the Bundesliga
Is the media more free agent in history?
Bruno Boban died after receiving a blow from a ball in the chest
The Colombian who 'was' in two world but ... only cromos
Workers know the Cup, the other World
Unai Emery, practically sentenced in PSG