“Will Grigg’s On Fire” the feeling of Euro but you know who?

Posted By: Alberto LlopisIn: special Euro, Made in ColgadosNo Comments 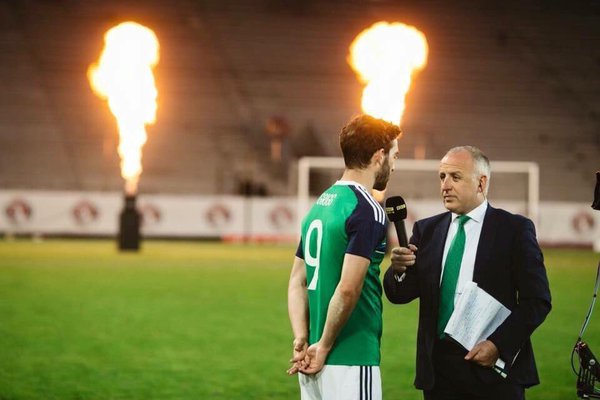 “Will Grigg’s On Fire” It has already become the sensation of Euro 2016 and it is poised to be a viral phenomenon but maybe by now you wonder what is this?. Well if you have not read anything or have heard of “Will Grigg’s On Fire”, we put you in history. Will Griggs is a football player, we can understand, selection of Northern Ireland. Man has not scratched or ball across Euro 2016 yet his name is on everyone's lips Why?, For this.

The original Will Grigg’s on Fire video.

This is where it ALL began! pic.twitter.com/vPYNMlNfkq

Things internet and social networks, this man, Sean Kennedy for more signs, He decided to dedicate a song to his idol, Will Griggs, Wigan striker and star of the team for three seasons went on to win the FA Cup but now plays for third division of English football. Its curious adaptation of several familiar songs to the beat of “Will Grigg’s On Fire” It has become a viral phenomenon.

It has already been heard in the stands of the Euro 2016, especially in matches of the English fans and his name run by social networks like wildfire. Will Griggs that all this has done so discreet Euro has only traveled to France to warm bench, It has passed into history of this European Championship 2016 involuntarily and without stepping on the pitch. But “Will Grigg’s On Fire” He promises to continue giving much war.

To all this, Wigan owner, He decided to reward the ingenuity of this fan club and has given him the payment of the next season . “Invent the best song ever known to man, You've earned a free subscription for next season. Will Grigg’s on fire!” tweeted the leader. A successful because certainly these peculiar things about the network at this stage of XXI century.

Younger players to debut in selected
Jermain Defoe spent the night in a hospital with a sick child
Southampton is done with services "twin" Sergio Ramos
What Latin American team you drop worse?
Chilean Christian Bale and come to video games
The best strikers in the history of Athletic Bilbao
Russia: defensive strength and tactical order
The best memes Russian World 2018 (part I)
Major accidents football teams: the greatest tragedies
Disappointments in Brazil 2014