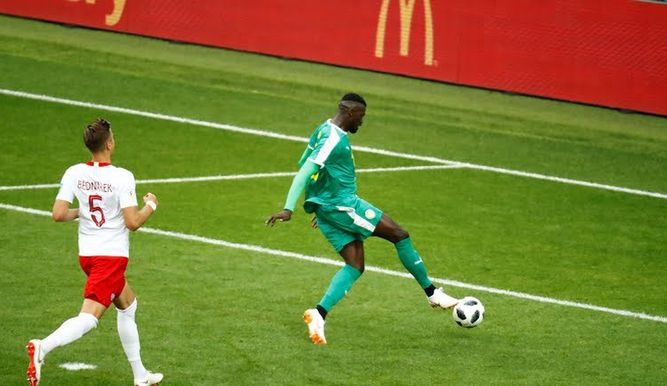 Niang, the hero of Senegal in Russia 2018. Photo: TVMax

Senegal knocked Poland in their first match at the World Cup in Russia 2018 and one of the names was that of M'Baye Niang a player who despite his youth, already an old acquaintance in European football and any court that another. The player born in France but internationally by Senegal, polemics and even accumulates imprisonment, almost all of them for issues related to their bad head when getting a car.

When Milan signed in 2012 with scarcely 17 years, He was arrested at the wheel of a vehicle for driving without driving license. Since he was a teenager and had no age or driving, He tried impersonating Bakaye Traoré, a teammate. It sneaks.

Things can only do the players surely, two years later, in 2014, without having removed the driver's license yet, Niang and driving a Ferrari that crashed in Montpellier. He was sentenced to 18 months in prison but ended up fulfilling social work.

It seems that fulfilling their ritual fuss behind the wheel every two years, in 2016, he again had an accident with his Ferrari in which he was injured. Btw footballer, He played with France until sub categories 21 but when he did not called him to absolute, He decided to elect Senegal, the country of their parents, which also caused it to look wrapped in the focus of some criticism. In the first match of Russia 2018, He managed to bring joy to many Senegalese.

Muere Bradley Lowery, little friend of Jermain Defoe
Chelsea have already chosen who will coach next season
Monaco takes a radical decision after losing 7-1 against PSG
The amazing winter signing Levante
Valencia wants to return to a former become one of the revelations of the League
AC Milan adds his first victory at the expense of Cagliari
Fidalgo González dies, Compostela manager who became famous after being attacked by Gil
The 23 Brazil squad for the World Cup Russia
The American champion is crowned Clausura tournament 2013 of Mexico against Cruz Azul
Parma, another mythical the edge of hell