The youngest teams in Europe

In the world of football, careers are short-lived. For this reason, players burn stages more quickly and reach, with a little luck, Elite increasingly early stage. There are many clubs who bet on young players. CIES Football Observatory's has launched a ranking of the teams with the lowest average age of the top five European leagues, which is shown in the following image: 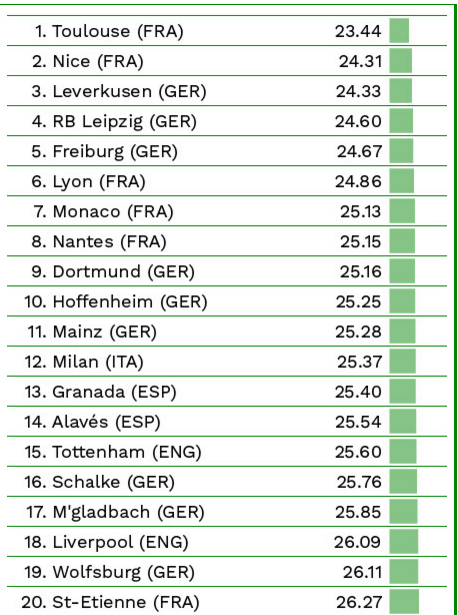