A player attacks their coach to be replaced 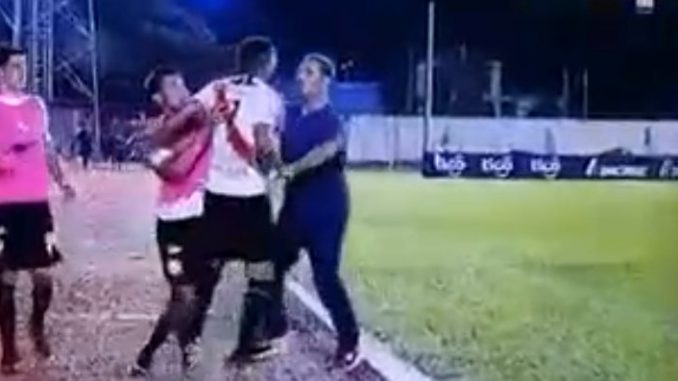 The Brazilian player not only attacked his coach but it also kicked on one of the assistants on the bench. The referee decided to expel him in such a situation with red card. El Nacional de Potosí perdió su encuentro por 4-0 ante el Sports Boys.

Juanmi Callejón, the lesser-known twin who is an idol in Bolivia
Malaga walks against Anderlecht with a resounding 0-3 and two goals from Eliseu
Terror and extends football
Japan qualifies for second round by cards
Tajikistan is in the position 112 World Ranking FIFA / Coca Cola
They assume that the owner of Leicester was on his helicopter at the time of the accident
Levante 3- Granada 1: Martins Give away a brace on his birthday
Ronaldo : Physical decay of a star ball
Spain-Uruguay, a friendly flavored Confederations Cup
Enner Valencia feigns injury to avoid being arrested by police