George Best, women, alcohol and football: a life to remember

A question could sum up George Best: What do you prefer: sleep with a Miss World, o marcar un goals al Liverpool? And give us an answer as the track was George Best: ” I have been fortunate to have done both”. George Best was a genius on and off the court understood that only football as a fun and never as a profession or business. And is that for Best, their real investments were always” women and alcohol, the rest was waste”.

Who knew him say he could have been the best player in history, aunaba for the best conditions to play football. he had speed, Of course, Dodge and imagination out of place. Everything a human being could be raised with a ball at his feet, he could develop. 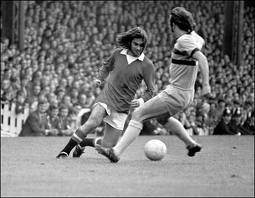 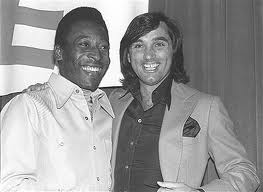 Best's life began in Belfast in 1945. To the 13 years and made his first steps in the Cregagh Boy's Club in Belfast, but the real stardom hit him with Manchester United, club that came in 1963, with scarcely 18 years and in full rebuilding after plane crash 58 and where he remained until 1974. With the “red devils”, Best manage to deploy their best football and achieve two leagues (65 Y 67) and a European Cup (68) which together with the Ballon d'Or (also the 68) Maybe they make their exalted palmares.

Eccentric and a bonanza for the media of the time assured them that day itself also headlines, the legacy of the Best Footballer in the United will be remembered for memorable matches, as the six goals against Northampton in 2-8 in favor of Manchester where he got a double hat-trick, by wonderful dribbling or excellent shot from outside the box. A sample of them, He was in the famous exhibition took place in Lisbon against Benfica of Eusebio in 1966, where his two goals helped him to be called “the fifth Beattle” by the Portuguese press. 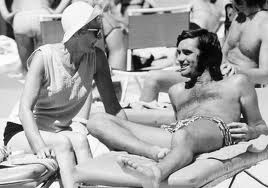 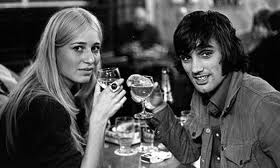 Genial, it would be difficult to know how far would come if he had not fallen Best in dangerous temptations. In your resume include almost all possible individual awards to win by a player and a team level almost all possible titles to conquer. It is true that shared a dressing room with a myth as Charlton and had a staff that always supported him, but not least is that he rarely clashed in the box game.

His only big handicap (women and alcohol margin) Sports was the selection. Belonging to a small region like Northern Ireland led him to never being able to play games in final stages of World (He was about to be called the World 82 but he had already 36 years and much physical punishment) or Eurocopas, and prohibiting the possibility of having faced with the great myth Pele in the same field. 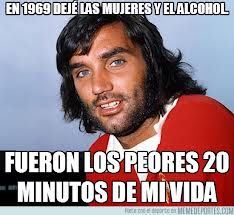 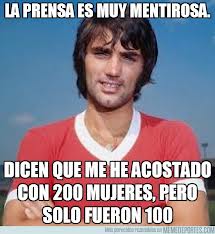 No change, with England, with which he faced in the British Home Championship and which struck one of his most famous goals in the memorable Gordon Banks 1971. Precisely, in that competition he never found true accommodation Best, who always passed his love for playing all under one banner.

Alcohol addict with severe liver problems since entered the new millennium, George Best finally died of 2005, just one day before the entry into force Licensing Act 2003, a decree which established great restrictions on the distribution and consumption of alcoholic beverage. Dismissed with a funeral with state honors, Best, always he knew very well that wanted.

Some memorable quotes from George Best:

– “He had a house on the coast, but to get there you had to go through a bar. I never got to see the sea”.

– “If I had been born ugly, you would not have heard of Pele”.

– “Many people go around saying I slept with seven Miss World, but they have only been three”.

– “Every time he entered a site, there is 70 people who want to invite me to drink, and I know not say no”.

– “a lot of nonsense about tough defenses and destructive players say. I just call them children of bad mother”.

– “I've stopped drinking, but only when I sleep”.

– “If he lost the ball was a personal insult and wanted to recover. Yes sir, I nagged a lot to me removed, because it was my ball”.

– “In 1969 I left women and alcohol. They were the worst twenty minutes of my life”.

– “I spent most of my fortune in women, alcohol and sports cars. The rest is wasted”.

– “I never went out in the morning with the intention of getting drunk, just happened”.

– “A few years ago I said that if given a choice between mark a goal to Liverpool or sleeping with Miss World, I would have a difficult choice. Fortunately, I have had the opportunity to do both”.

– “Before, Robert Redford was a very attractive guy. now look at him, It is loose, It has hanging skin and a very strange color”.

– “No hits it left, no header, not defend and do not score many goals. Other than that, it's okay”. (David Beckham reviewing).

– “I is not even shoelaces bottle”. (About Paul Gascoigne)

One thought on “George Best, women, alcohol and football: a life to remember”