During years, the soccer championships of some countries with less tradition and soccer level but with high purchasing power, They have been the place where the old glories of the football world have found accommodation. Countries like the USA, Saudi Arabia, Qatar, Japan or China, were or have been an attractive destination in search of those latest contracts that end up solving a life. Now India has joined them, the new golden retreat.

In the 70-80, the NASL of the USA hosted virtually all the declining stars of that era. Players like Pelé, Cruyff, Best, Beckenbauer, Neeskens, Eusebio and much more, They came in search of their last dollars to finish their career in the best way. The 90, were the times of Japan where many finished their careers in the country of “Rising Sun”. At the beginning of this century, the protagonism was monopolized by Arab countries where luxury is almost obligatory thanks to the “petro-dollars” or China where they tried to monopolize a few stars already in their decline.

USA, seems to have returned to 70 and again it has become the destination of players whose place already seems far from elite football. Villa, Henry, Lampard, Robbie Keane, Cahill and players until a few years ago like David Beckham, give a name to a league whose level despite having grown in recent years, still light years from the one played on the big stages of Europe.

The Indian Super League is the new football elephant graveyard. Anelka, Trezeguet, Del Piero, Joan Capdevila, Luis García and a high number of players who had already hung up their boots, such as Ljunberg or Pires, who return to participate in a tournament that will consist of eight teams. Despite the fact that in India the sport with the most pull is cricket, the country will have two competitions in parallel, the I-League and this Super League that promises at least, recall past times. 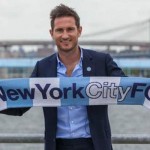 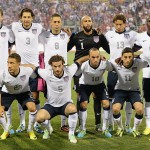 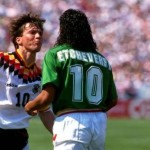 One thought on “Indian football, the new golden retirement of old glories”