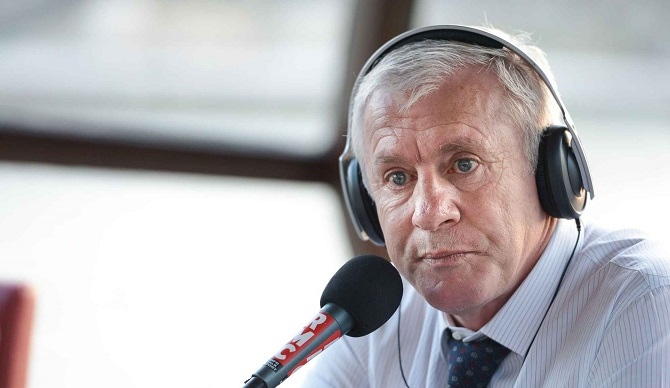 Luis Fernández It was during his career a player of strong character who played PSG, Cannes and the French team with which participated in the World of Mexico 1986. But nevertheless, the public can know in his role as a coach in the PSG and the Spanish public for their stage in the Athletic Bilbao, where he was a showman, Espanyol Y Real Betis.

Born in 1959 in Rate, Spain but raised in France, Luis Fernández elected the French but an Andalusian accent betrays his roots. He took the Athletic Bilbao the runner-up of League 1998 and was a classic for its Chupa Chups and shows in the band. His word "macho" with its particular pronunciation, He became one of the protagonists of sports parodies of late 90.

But for some years it seems that the good Luis Fernández He has been gone for at least, the first level of the elite. Between 2010 and the 2011 He coached the Selection of Israel and a couple of years earlier had trained the legendary Stade Reims I was at that time in the second French. However it seemed that he had lost track but you know what happened to him? Because he was not trained to April 2015 when he took the post of coach Guinea Conakry which it lasted less than a year.

In 2017 PSG hired him to direct his academy training, a position of great responsibility but far removed from where the excellent but quirky coach was moving media spotlight throughout his career.

"If it had not been a footballer, It would have been a murderer"
Gunnar Nordahl, the best Swedish player ever
The five best coaches in the history of Valencia
The goalkeeper has not played any games at his club in eight seasons
The five biggest stadiums in Ecuador
Ten things that happened in the world of football in the 2000
When Manchester City was the ugly duckling of the city
The most popular clubs in America
The failed goal of the year
From professional handball player to international, the things of the 2020