“To win at Barcelona, Celtic need to go to church to pray”

Gordon Strachan, former Glasgow Celtic coach has uncovered with explosive statements to “Daily Record” in which 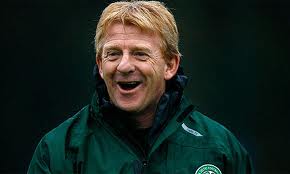 acknowledge that : “To win against Barcelona you will have to go to a chapel or a church and pray”. Strachan was Celtic's manager four years ago, when Barcelona won by 2-3 to your team, in the match played at Celtic Park. ” When Barcelona came to Celtic Park, sumo 700 passes, Manchester United had added 340 and Milan, 360. I thought our pass accounting system had a problem., but no. There wasn't. They had passed the ball 700 times during the game”, added Strachan.

The Scottish coach, I droveor to the Glasgow team from 2005 a 2009, He acknowledged that ; “It was a fascinating soccer game, something i had never seen. They circulated the ball and marked” and that “Celtic will need more than a miracle”, he concluded.