João Saldanha was the creator of Brazil 70 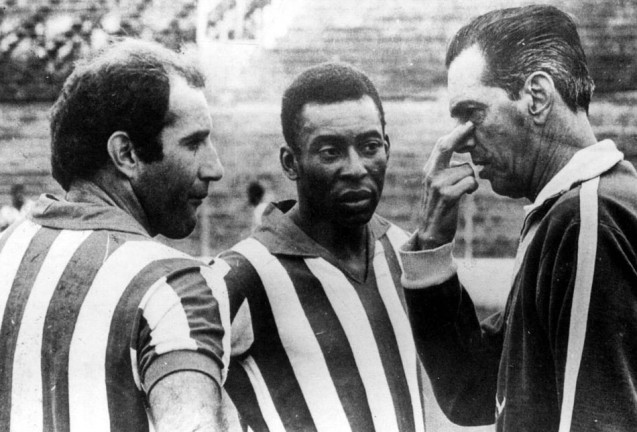 The character in question could well be the protagonist of a science fiction movie under the hectic life lived. It is neither more nor less, that Joao Saldanha, coach was possibly best selection of history, Pele's Brazil.

Saldanha, a frustrated footballer project as evidenced by his brief stint in the ranks of the team of his life, Botafogo, He became from an early age in a famous Brazilian journalist, very committed to politics (He was a member of the Communist Party) and sport. Especially known were his criticisms of politicians of the time and the players and coaches of the moment. His verbal voracity where he kept puppet head came to the point of calling the president murderer of his country if necessary. Players, coaches or managers were subject to terrible reviews whenever Saldanha saw that things got out of the pot that timely considered. A Brazilian José María García to exaggerated (the Spanish not yet reached these extremes) which for years he kept the country in suspense always causing trouble, conflict and gaining attention with his controversial speeches to all citizens.

With a gold revolver mazizo (Colt brand 32) in his power always at his side, this reporter scandals were a constant, as pursuit, gun ahead, Botafogo goalkeeper, Manga, He is accusing him of taking bribes. Very committed to the peasant struggle against the power, his great moment in world football came when Botafogo, sick of his fierce criticism and insults, he offered the coaching job 1957 to lead the team to the top. Without thinking, Saldanha accepted the position despite its no experience on the bench and began to write his legend in football. 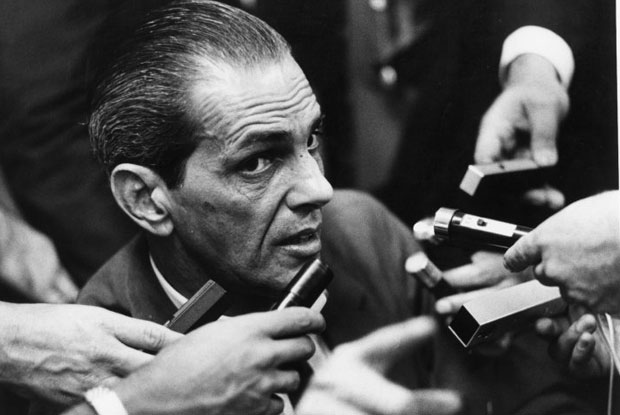 Saldanha was a very critical journalist with the selection.

With Botafogo, and the pattern of play Saldanha would. Fast football, fast and touch, with outstanding players like Didi, Nilson or Garrincha who would be crowned league champion in his first year. All this before rejecting in 1959 continue the club, to return to the media, his other great passion.

Not until seven years later when Saldanha would run a set. The bad image of Brazil in the World Cup 66, eliminated first of change by Eusebio Portugal, It was a source of criticism for many “wick” Brazilian. And who better to put out the fire, the most critical, which he threw more fuel to the fire. 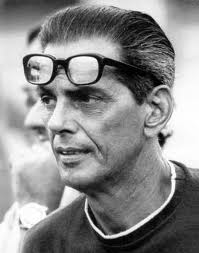 Saldanha marked an era in the Brazilian pre-70.

Upon arrival in charge of the selection revolutionized “canarinha” and the world of football. He opted for a Botafogo player base, Santos and Cruzeiro and decided to give priority to the talent on tactics. A simple 4-2-4 where the key was simple: let the good up and freely. It was like this, such as Pelé, Rivelino, Tostao Jairzinho the triunfaron.

Without 9 fixed, but with much arrival mediapuntas continuously they associated. The touch was the main premise, and the arrival of the sides, reconverted often extreme surprise with which to break the tightest defenses.

With good players and an idea so clear and easy to watch football, The results were not delayed. The team managed to qualify for the World Cup in Mexico 70 with an immaculate qualifying phase with six wins in as many games and 23 goals for and only 2 against. further, numerous friendly cattles to European powers with much credit they spoke very clearly the strength of this team.

But nevertheless, Saldanha could not see fulfilled the dream of winning the World. His polemical caused him many problems. discussions as strong as one with Flamengo coach, Yustrich, which he was to point the revolver at a training “Fla”, or with the country's president, which he called publicly murderer. Pressures by the dictator Emilio Garrastuzu for introducing Dario in the World ended with the resignation of Saldanha and the arrival of Zagallo in charge.

During the World Cup, Saldanha returned to exert a journalist for the station O Globo, where he left a controversy to remember Pele who accused him of “suffer from a marked myopia that made it impossible to locate the ball in night games, besides hip problems that made it difficult to move correctly”. all, before releasing his famous phrase “I'm not a donkey, nor foolish, nor optometrist”. And it is that O Rei was never the darling of Saldanha, He is accusing him of playing listless and just to save themselves from its deep economic bankruptcy. 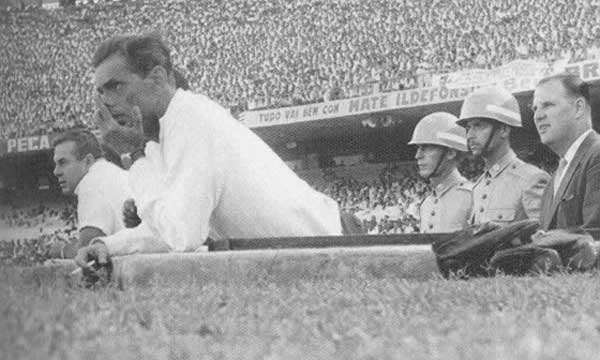 In any case, the merit of Saldanha will remain forever in the retina of all. In 1990, this controversial character said goodbye in Rome at the age of 73 years. Hasta siempre.

When and how the cards were created in football?
The best football pictures 80's
Five things that happened in the world of football 1998
The best goal of Marco Van Basten
Thomas " the Trinche" Carlovich: "Better than Maradona"
spectacular brawl in Cup final 1984
World Top Stories Japan and Korea 2002
The first Intercontinental Cup history
Jules Rimet, the inventor of the World Cup
The Curse of Cameroon on penalties