Italian Serie A: Napoli and Juventus, clear favorites, Milan and Inter in jeopardy

The Italian Serie A seeks this campaign to resurface again in order to be once again in the forefront of football. After several years of shadows, with doping cases, match fixing and corruption, the season 2013-14 seems to mark a turning point in Italian football. For it, transalpine football resorts to two key axes to achieve this: on the one hand, the multi-million dollar investments with which to attract large foreign players, And on the other hand, the reconversion of the traditional Italian defensive and speculative football into a more offensive and exciting one for the spectator.

Regarding the disbursement in new signings, It should be said that Serie A is the fourth league that has spent the most this year in hiring after the Premier, the Spanish league, where Real Madrid and Barcelona save the transfer ballot and the French one. Partly, Naples has contributed to this, the team that has been strengthened the most by investing the more than 60 admitted by Cavani with the arrival of Mertens, Higuaín, Queen or Albiol.

The competition system offers hardly any news compared to other seasons. 20 teams will fight in 38 days all against all for adding a Scudetto to his record. The champion and runner-up will have direct access to the Champions League, while the third will play the previous round of said competition. Fourth place, as it happened last season, will serve to define a place in the Europa League, tournament that will also be attended by the fifth classified and the champion of the Italian Cup. Under, the first three will be relegated to Serie B, where they will be replaced by the first three of said Series B. 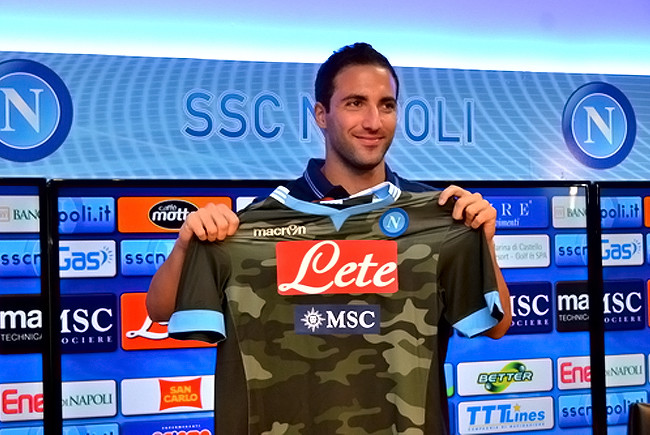 In Italy, Series A coverage is provided by Sky and Mediaset Premium. About Sky, The platform offers all the matches of the day in Sky Pack Calcio at a price of € 29 / month. The platform also includes up to 5 HD channels and the Sky Supercalcio Multifocotball service for the matches played on Sundays at 3:00 p.m.. While, Mediaset has the rights for DTT of the matches of 12 of the teams. Your Calcio package costs € 19 / month.

Regarding the distribution of television rights, From season 2010 the traditional individual sale of rights has been left aside, to bargain collectively. This has resulted in greater equality in income between the different clubs.. further, a portion of television revenues (near to 12 percent) It is destined for the Second Division, in the concept of mutuality.

The total of the contract is distributed:
40% of the total will be divided equally among the 20 clubs that make up this category.
30% will be divided in relation to the results: 10 percent for history, 15 percent what has been achieved in the last five years and 5 percent what was done in the last campaign.
30% will be distributed according to the level of audience and follow-up: 25 percent according to the number of fans and 5 percent by the number of inhabitants of the city of the team.

Juventus is undoubtedly the great favorite of the competition. The black and white team that has won comfortably in the last two editions has been spectacularly reinforced at the top with the incorporation of Carlos Tévez and Fernando Llorente, the point and the i, but they must accompany an immense Vidal in the scoring facets. Buffon, Pirlo, Pogba are part of the backbone of a team that must not only win, but also convince and finally try the assault on the Champions.

Outside of Juve, This year it does not seem that AC Milan and Inter are the great dangers, but rather the Naples, that returns to the maximum continental competition with a great team. Hand Rafa Benitez, the list of incorporations is long: Reina, Albiol, Mertens, Higuaín. There is no Cavani, but it seems that his absence is more than compensated with a strong and sober block that should aspire to be close to Juve.

Regarding AC Milan, is Balotelli, signed last summer, But even with the young Italian star it seems that he will have enough chances to assault the Scudetto. Irregularity and lack of creativity add up to a set that nevertheless, he looks better than his neighbor. And it is that Inter neither wins nor convinces, Rather, it is scary due to its bad role carried out the previous year and in preseason. No shine in the game, no big stars, It is a decomposing team that does not know very well which way to go.

Lazio and Roma also appear as “outsiders” on a second step. Both teams are talented, but still they can't weave the “Beautiful game” that Fiorentina did sometimes offer, a more established and more regular team than the two Romans that this year has Joaquín in their ranks as the main claim. Between these seven teams the game will go, the distribution of the cake of the European positions and the title, that nothing is further from reality, It seems that it will end in Turin.