When you start writing these lines, I think the world of football is unaware of what the loss of Enrique Castro Quini. Younger practically they not know we're talking about or have some reference inherited from their parents. But it's that "Brujo", as he was nicknamed, He spent most of his career except for 4 seasons, Real Sporting Gijon, and that unfortunately or sell, or sold.

For those who do not know him explain that fits Spaniard has been one of the best center-forwards in this country. Very few players can prove 5 Pichichi trophies in the Spanish League (Di Stéfano only, Hugo Sanchez and 6 Zarra) and two in the Second Division, and that playing most of his career at Sporting Gijon, although at the time he had glorious years, it was still a modest club. Passing through the selection has little relation to its successful clubs stage. It was always relegated to the background, off the bench, playing out of position despite being a goalscorer, as the day in his words was devoted solely to mark Beckenbauer to avoid ball out. Players level or less than the best, They were not superior to him, They played again and again in front of him with the only justification of belonging to teams more "pedigree" footballing.

And in between aggression Irish George Best on the left cheekbone almost removed her soccer, in addition to the much talked kidnapping when he was player of FC Barcelona. The truth is that life is not treated well at good Quini. I had to watch as his brother, the legendary goalkeeper Castro, He died in a Cantabrian beach drowned while trying to save the lives of two children. throat cancer who had to defeat then crossed. Nonetheless, always a smile on his face.

We are used to topical when a person dies, but in this case there are no topics that are worth. It is true, that was another era. There were no prima donnas, there was no multimillion-dollar contracts as are now handled, where players become superior to other beings at the same speed signing megadeals. He was a football currantes, de barrizales, people who looked like he was made of sterner stuff, they should have something broken to lose the next game. And Quini, He is pulling walls with such Maradona, He not distanced itself from the common people one iota. A close countryman, humble and hearty. Someone who was surprised by the closeness, someone who seemed to come lie where it came from, because deep, It was never alien to their origins. It was one of the few that did not change football and success, because football belongs to the people and people, as the own Quini. Good trip, Sorcerer. 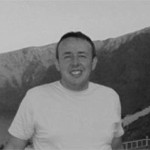