Today, Julio Iglesias can brag to your 70 years of being the most universal Spanish, being the Guiness record as Latin artist with most albums sold in music history with over 300 millions. Having in his possession 80 albums released worldwide in 14 languages ​​and more than 2.600 gold records and certificates platinum. Also having starred in more than 5000 concerts, acting for more 60 million people on five continents.

But nevertheless, Not everyone knows that if today is good that July, is because a 22 September 1963 (one day before their 20 years) he suffered a terrible car accident returning from a fun night out with some friends that cost him more than year and a half semiquadriplegic. A misfortune that made him spend long hours in bed with a guitar given by Eladio Magdaleno, the young nurse who took care of him, and that was the end of a football career that threatened to be more than brilliant.

Because until the nearly 20 years, the great Julio was a boy applied in points able to draw a race like that especially stood right under the sticks. High Security, agile and quick shots privates and meticulous work, its great to had already aroused the curiosity of Real Madrid, which it was part of the lower categories and the second team team, where he shared a dressing room with players of the stature of Velázquez Manuel Villaverde, Ramon Moreno Grosso, Pedro de Felipe, Luis Costa, Espejo and Hernandez.

A true athlete, he defined feeling “at home in the world of football” and I love ” immensely” when he is jumping to the lawn. How far could you get is not known? Possibly, I would not have gotten where it has done with music, but Colgados for football, we do not want to overlook that the most universal Spanish, He was also a footballer in his day. And good.

Although not strictly footballing should not happen today that Julio Iglesias is a real phenomenon all Internet meme. Glad and jovial character close to the bohemian make this scoundrel is now prey to quite a few cartoons where he shows his famous seducer. Are millions of people who send emails and messages with your face and a fun and entertaining phrase where you see Julio Iglesias advising not a few illustrious. By way of laughter, Here are a few: 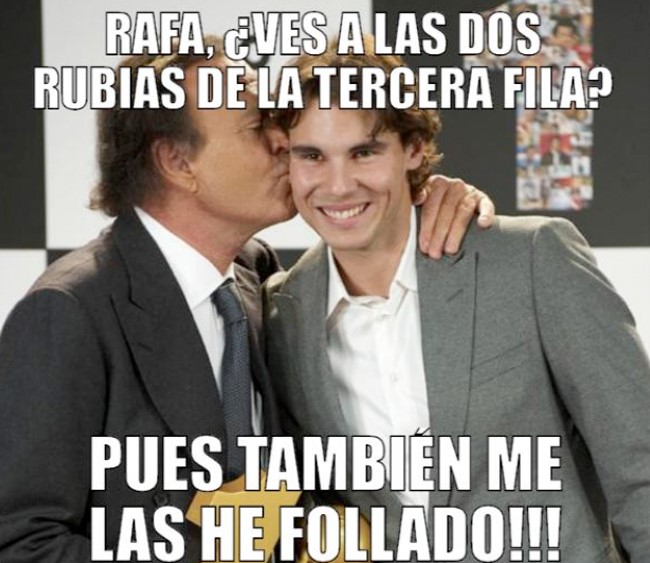 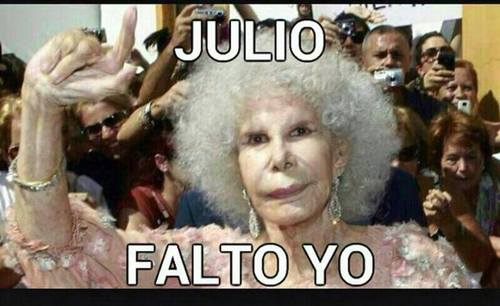 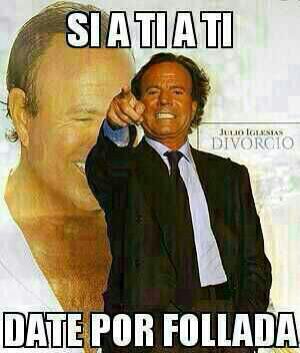 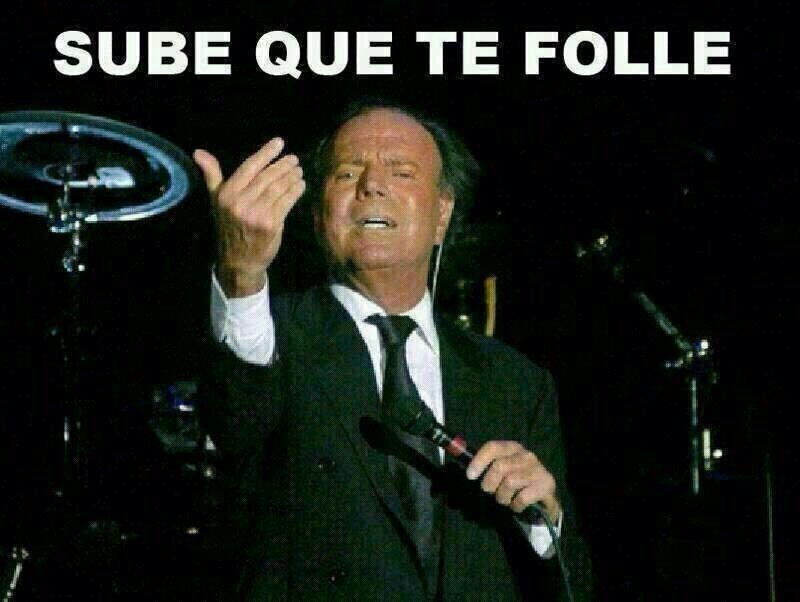 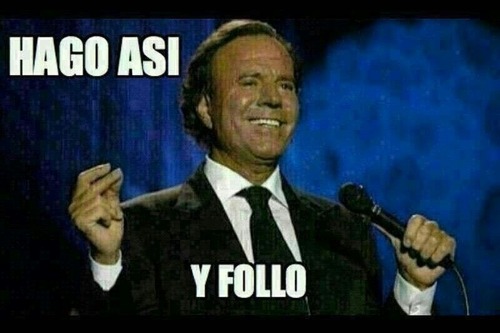 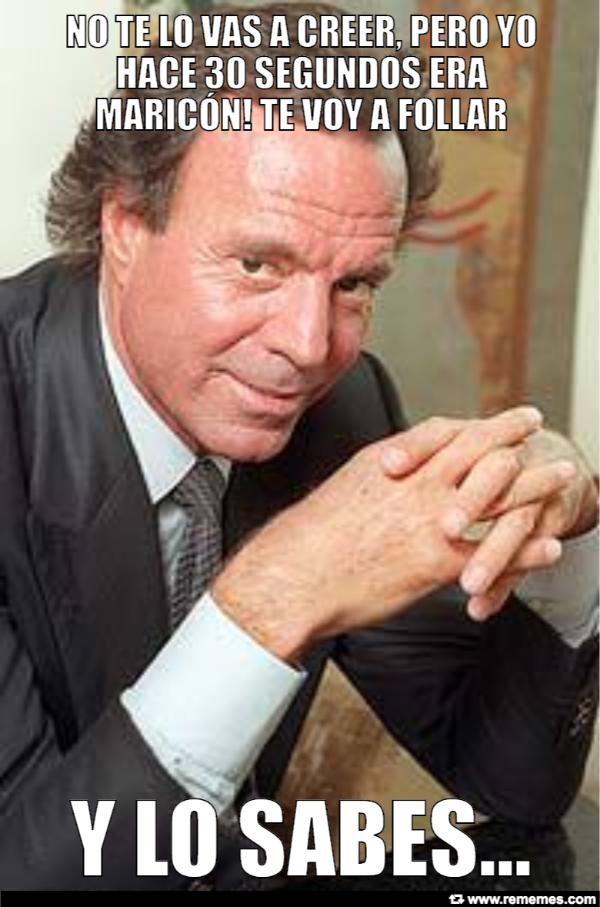 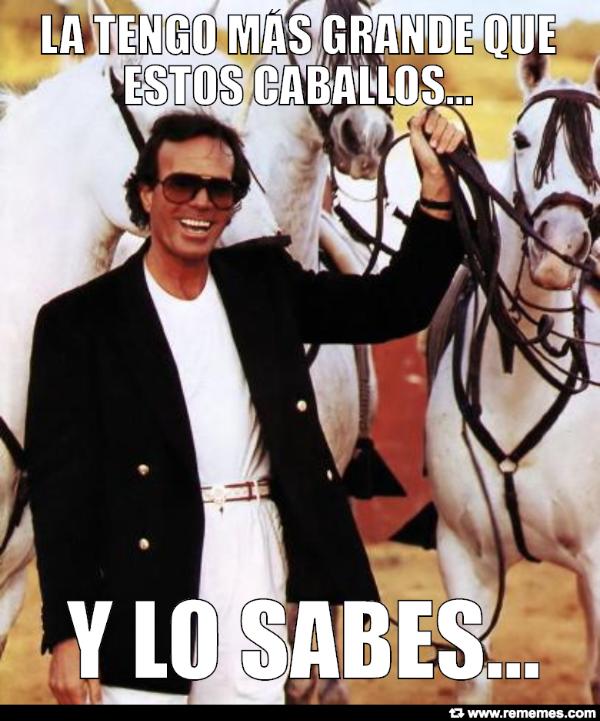 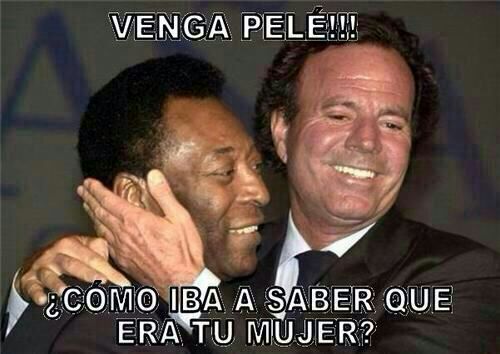 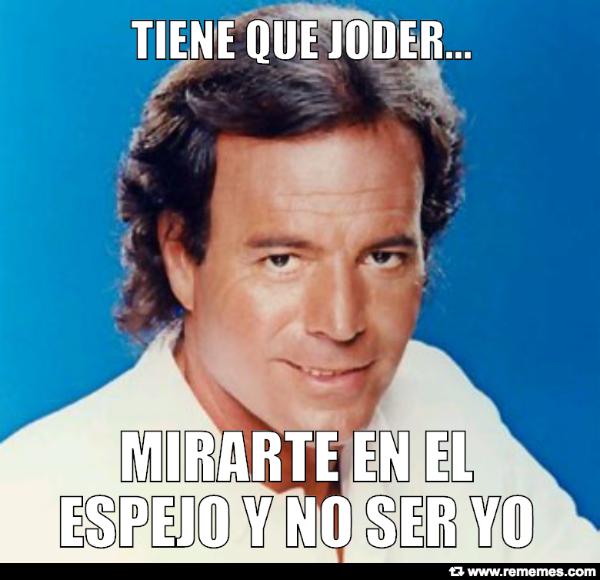 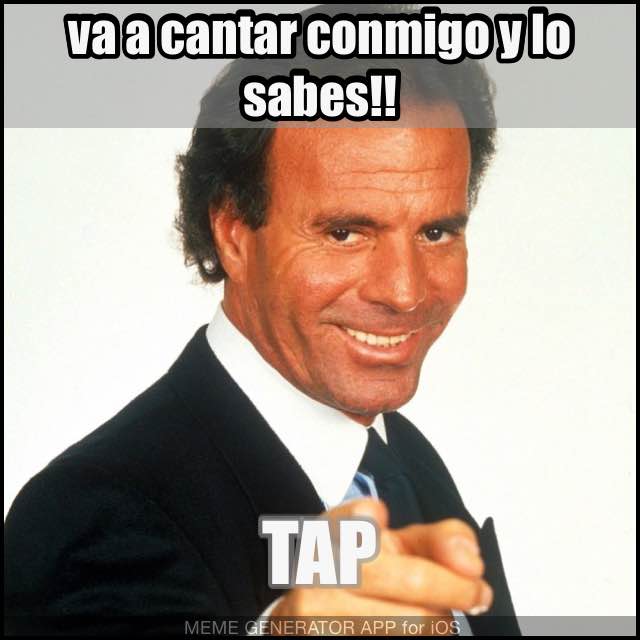