Denmark won the European Championship in Sweden 1992 coming as guest 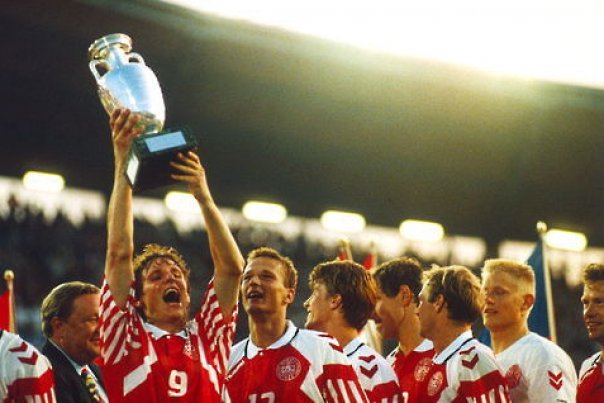 Denmark won the European Championship 92 from the beach.

She had always thought that to win a major competition, the ideal was to pre-long concentration where players could train and so continues to focus thinking about how to deal with the major parties ahead of them. But nevertheless, Euro Sweden 1992 He demystified all those beliefs, by crowning as champion a team from Denmark who attended the tournament as a last-minute guest as a result of the expulsion of Yugoslavia.

The explosion of the Balkan War by the summer of 92 caused UEFA to have to re-fish “in extremis” to the Danish national team, second place behind Yugoslavia in the qualifying group for the Swedish European Championship. So fast was everything, that many of his players were enjoying their holidays on the beaches and far removed from their best form. Others, instead, like the great danish star of the moment, Michael Laudrup, they resigned from the championship considering that it was a last minute improvisation. 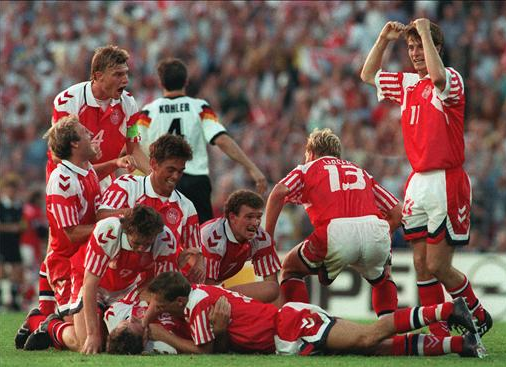 Denmark gave the big surprise in the history of the European Championship, with permission from Greece.

But what was to be an improvisation, according to Laudrup's words, it was to end up being the most profound Danish feat in its history. The red dynamite managed to qualify for the semifinals of the championship after beating France by 2-1, tie with England at 0 and have the only blur to lose with the hosts by 1-0. The move to the semifinals would mark the turning point for the men led by Möller-Nielses, that they were going to practice in the last two games the fast and cheerful football with which they had already astonished in Mexico 86 before falling with Spain.

The Netherlands team, I was waiting before reaching the final, and there Denmark protected in the luck of penalties and in the great performance of ,by then best goalkeeper in the world, Peter Schemeichel, that stopped the decisive penalty to Marco Van Basten, would achieve the pass to the decisive game after finishing regulation time and extra time with a draw at two goals.

In the end, the Danes were going to give the bell and they were going to defeat by 2-0 to almighty Germany, I saw how some kids who had been on the beach just a month ago raised the European Champions Cup.

The great comebacks of Real Madrid in Europe: the decalogue
The Compostela spent four years in the elite football
Real Madrid 5- FC Barcelona 0: Zamorano classic 1995
Cup final 1995 He was played on two different days
Thomas Christiansen: an unusual story
Lubo Penev, Bulgarian who made history in the Spanish League
The best stories of the World Cup in Mexico 1970
Santi Aragon that goal against Barcelona in 1990
Sacchi's AC Milan soccer reinvented
Terry Butcher, the man who sweated blood