The “Burrito” Ortega is removed 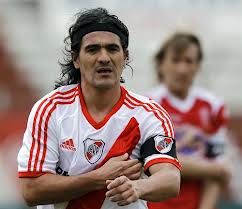 Ariel “Burrito” Ortega announced hanging the boots 38 years. The former Valencia, River Plate,Parma or Sampdoria among others international in Argentina, announced today that abandons the practice of professional football after 20 year career. Ariel Ortega, I was playing in the second division of their country into the ranks of Defensores de Belgrano, club where he played on loan for River Plate.

International for Argentina, He played three World Cups and finished second in the Olympic Games in Atlanta 96. Controversial and problematic, Ariel, He tried his luck in Spain in the late 90s, in the ranks of Valencia but did not have much luck. Recent years has been marked by scandals, with periods of disappearance and confessing his addiction to alcohol. “It is a very important decision in my life because football is important to me. I think it is the moment. I'm quiet, I'm fine”, Ortega confessed to Radio 10. 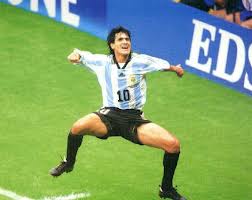 Football is privileged to have shared a pitch with Diego (Maradona), (Uruguayan) Enzo (Francescoli) Y (Brazil) Romario. Are things that football gave me”, he highlighted.

2 thoughts on “The “Burrito” Ortega is removed”