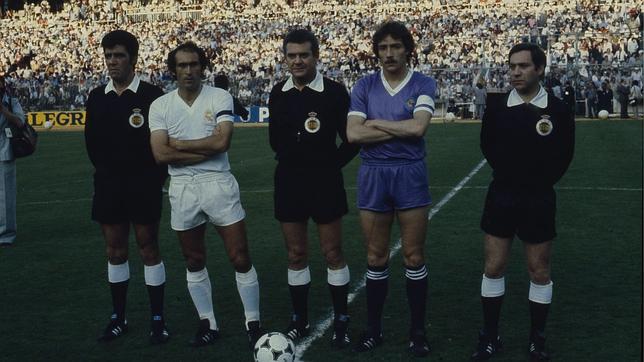 The real Madrid, free to knockout, He had no trouble beating Logroñés and Betis in his first two rounds. More difficult it would with Atletico, which it eliminated in penalties. Once again the forecast was fulfilled and whites reached the final. What it was not at all in the script was that his opponent in the final was his brother “small”, Castilla.

White subsidiary founded in 1971 He marveled and strangers throughout his career in the competition. First was commissioned to eliminate Extremadura, Alcorcón and Racing Santander in the first qualifying. But nevertheless, the best was yet to come. From sixteenths, rivals were first class and as such would involve the Castilla, then team that played in Second.

With a crowded Bernabeu to see white girls play promises, in the round of 32 top, He would fall Hercules after overturn a 4-1 adverse who had brought from Alicante. in eighths, It would be a historic, Athletic who succumb after winning in San Mamés 1-2 and tying 0 in Madrid. In rooms, the almighty Real Sociedad (League runner-up that year and winning the next two seasons) It would be the knee hincaría. And in semifinals, to end the apotheosis, Sporting would be a myth as Quini which would yield a dramatic extension after getting back from a 2-0 Negative brought from El Molinon. 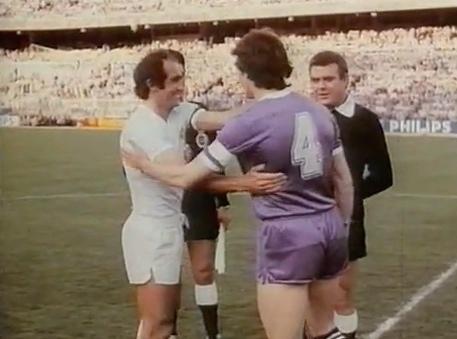 So that, Real Madrid's party was served and Santiago Bernabeu, How could it be otherwise, I would live the 4 June 80, an unpublished final between the die equipment (logically he played white) and its subsidiary (that did purple). This time, There was no pity, and they won the biggest small by 6-1. But nevertheless, all fans came out happy. Some because his team had won a new title, and others because they saw that the future was guaranteed.

Cup final earned the Castilla to dispute the Recopa season 80-81 in which it falls in the first round against West Ham. (3-1 in favor of Castile in the first leg, Y 5-1 of the English in return disputed in London). It was the first time, a subsidiary disputed European competition, and possibly the last, because in 1990 the Federation banned the dispute of the Copa del Rey to subsidiaries. 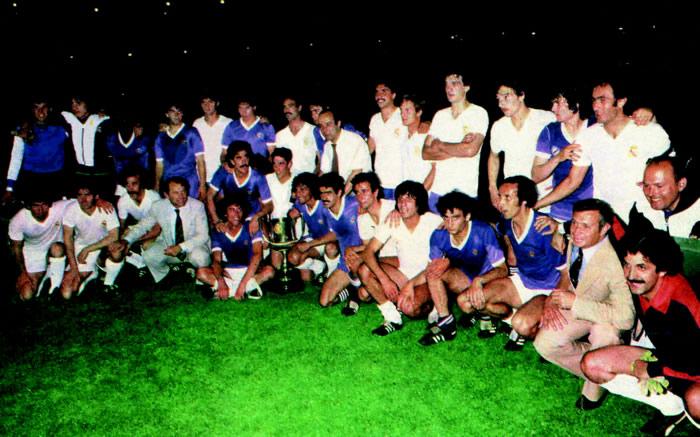 After the parties, both teams posed for the press happy. He had won the Real Madrid.

A anecdotally, left alignment that final, which you can be seen in the subsequent emblems Castilla Real Madrid as Augustine or Ricardo Gallego.