Giorgio Chinaglia: one of the leaders Lazio guns 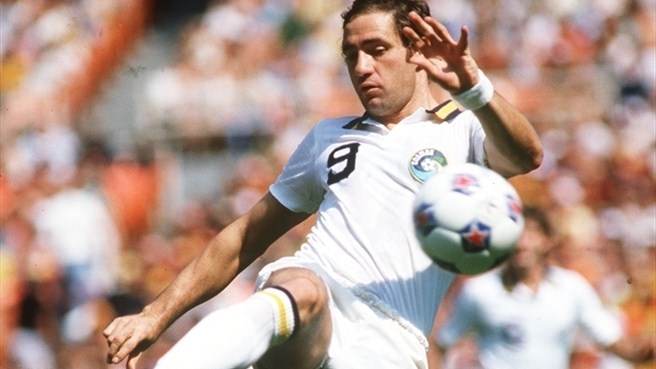 Giorgio Chinaglia was more than a soccer player. PHOTO: As

Giorgio Chinaglia was the scorer of Lazio than in 1974 He won for the first time in its history the Scudetto. It is also the top scorer in the history of ancient American NASL. But this burly Italian forward was much more especially off the field. Lin Lazio de 1974 It was a hotbed of armed conflicts and characters that brushed against crime. A group on the lawn were one but outside it was divided into two factions. As well, Giorgio Chinaglia was the leader of one of the 2 factions.

Giorgio Chinaglia, the scorer who was more than a footballer

Born in 1947 in Carrara, Italy, but as a child his family moved to Wales so curiously he began his career with Swansea although he did not stand out too much until his arrival at Lazio in 1969. 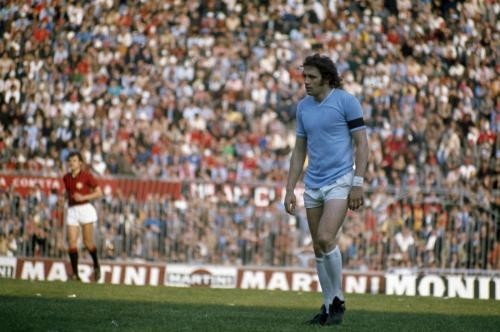 Chinaglia with the shirt of Lazio. PHOTO: The Courier

burly front and cabinet type, It was not a technical marvel but left everything on the field besides having a long goal. The shirt of Lazio, It was a legend. But as we have said before, that team was not normal, It was a band of criminals more footballers.

The issue was so serious that more than once and were about to kill each concentration became a very serious matter. They all carried weapons, ideologies and had unsavory things were as varied as hitting shots in the air. Only the coach of the time, Tomasso Maestrelli, He prevented from killing.

Chinaglia was the leader of one of the groups that bunch of thugs dressed footballers. With 98 goals in 209 matches with Lazio, Clearly that was a gap in the history of the Roman club in the field but his art also made it achieved out of it.

‘Long John’ as he was called due to his tall stature, left the wild group by playing in the ranks of a New York Cosmos that began to sign soccer stars. Alongside Pele, Franz Beckenbauer and Carlos Alberto, They were the first galactic history.

Giorgio Chinaglia had a not recommended life away from football grounds

Surely your stay in New York 70's brought him new contacts for his life off the turf was very extensive. After retiring from football, he directed Lazio, which was relegated to Second Division and was involved in a corruption scandal.

Later in this century, He tried to return to power by pressing the Italian club's majority shareholder with the help of the Italian Camorra, with which he was related and ended his days indicted by the Italian and international justice for crimes linked to different mafias apart from the Italian one. He died in the United States 1 April 2012. Giorgio Chinaglia he was certainly more than a soccer player.

Chinaglia and Pele were teammates in the Cosmos. PHOTO: Twitter

The Laudrup brothers, red dynamite
Tommy N´Kono, a classic of Spanish football
Hillsborough Tragedy, the biggest nightmare of English football
Ramalho a suppository is merendó
Socrates, one of the best Brazilian Soccer Players in History
The Anglo-Italian Copa, the international trophy that lasted almost 30 years
Honduras and Salvador staged war football 1969
Gerard 'Torpedo' Müller: a goalscorer legend
Bayern Leverkusen did the impossible
What happened to those "old foxes" the benches, those coaches 90?