Possibly the player Listed below is the best defense in history. Elegant, thin but strong at the same time, cash, fast or extraordinary cutting are some of the adjectives that best describe Frank Beckenbauer, the German central majestic year 70, who showed the world that the defense in football was not at odds with the creation.

Born in 1945 in Munich, his first steps with the ball were in the big city team at the time, el TSV 1860, club in which he remained at the lower levels to the 14 years and admired by one of his great idols, Fritz Walter. Not in vain, Beckenbauer started playing center forward.

Input and adolescents, It would be another big city team, Bayern Munich, which would services and which begin to emerge. Already in the season 63-64, Kaiser would make his debut with his new team, in a match against Stuttgarter Kickers of the then Regional League South Germany . It would be the beginning of a brilliant career over 13 years in the Bavarian club.

In that first season, Beckenbauer managed to qualify his team for the newly created Bundesliga and incidentally unveiled to the world of football his main qualities: leadership, command and character, plus a control technique and exquisite ball. But above all, if anything highlighted, was the creation of a post that to date there was: The Libero, a forward position to defense, which served as a connection to the midfield and had as its main mission the creation of game, besides the corresponding defensive withdrawal.

That new way to watch football and tactical awareness was quickly assessed, Y, in 1965, with only 20 years was summoned with the selection of the Federal Republic of Germany. A first step in the German combined, with which come to play only a year after his first world, of England 1966, where Beckenbauer would be released to the general public.

In the British Isles, Kaiser made good his nickname and made it to the World Cup final, playing all championship matches. His good placement, and impeccable output with the ball at his feet were were magnified by their excellent scoring touch, because with 4 goals managed to finish third in the top scorers table World. Something, without precedents, for defense.

Success with the national team also moved to Bayern, It happened to be a set of mid-table to occupy positions of honor. In fact, in 1966 Y 1967, the team took the German Cup, and in 1969 with his first Bundesliga.

Again, in 1970, World Cup would highlight the figure of Beckenbauer. Mexico was the scene of the brightness of the stars of the moment like Pele, Tostao, Cubillas Banks. But German libero. While, Germany again failed to reach the final tournament, the image of the Kaiser against Italy in semifinals, playing with his arm in a sling went around the world, and caste and race showed a different player, who managed to earn even more people in your country.

The principles of the decade of the 70 They were undoubtedly the best in the race Kaiser. To his great physical and technical condition of the moment, they saw him accompanied one unrepeatable generation peers as Sepp Meier or “torpedo” Müller, that led to a flood of hits Bayern Munich. Tres Bundesliga (1972,73,74) and other European Cups (74,75 Y 76) They were added with the prize a player also got two gold balls (1972 Y 1976) and other as silver, plus four nominations as best German player of the moment.

But if important were his three European Cups, its brightest moments would live with the selection. In 1972, with the conquest of the European Championship in Belgium, and in 1974, with the rise of the World Cup for the second time in the history of Germany, and for the first time in the race Beckenbauer. After the failures of the World of Mexico 70 and England 66, This time Germany was able to defeat the Netherlands in Rinuls Michels and Johan Cruyff and finally lift the World.

An honor that allowed Beckenbauer as captain to lift the trophy for best team in the world and round out its extensive list which contains all possible titles. 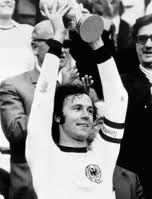 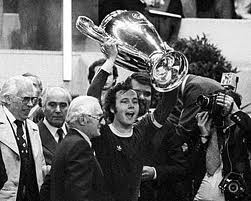 In 1976, Kaiser, with 31 years, He decided to change the old continent by the New York Cosmos, team he spent four years in the LFS, before returning to Germany in 1980, to play two years in Hamburg and put an end to his great career. 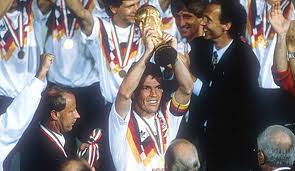 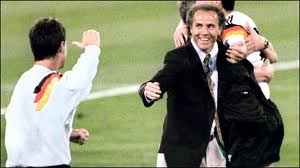 It was the epilogue to a man who would bound football from the bench with the same success as ever: being the world champion in Italy 90 leading his beloved Germany.